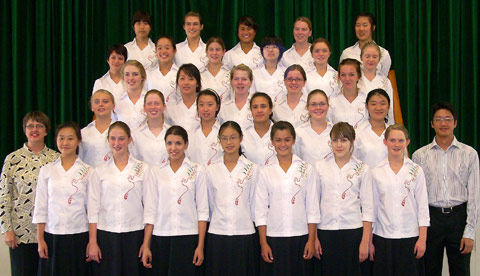 Key Cygnetures Choir has been one of the top secondary school choirs in New Zealand for over 15 years. They are the only national choir to consistently be chosen in the top 20 each year and to receive Gold Awards at their national competition 'THE BIG SING'. Key Cygnetures have also been recipients of the new premier 'Platinum Award' introduced a few years ago at the BIG SING.

Students are auditioned annually, and choir members range in age from 13 - 17.

The choir has won accolades overseas at various International events:

Key Cygnetures perform music in many languages and genres but pride themselves on performing a large amount of music from New Zealand composers including Maori waiata and Pacific Island music.
The choir will be away for one month as they perform and travel through Germany, Austria, Hungary and Slovenia prior to their World Choral Symposium commitments in Copenhagen. 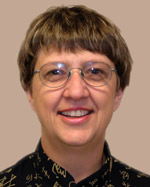 The Musical Directorship of Key Cygnetures for 2008 is shared. Elise Bradley the Musical Director of the choir for 17 years, was, in the latter part of 2007, appointed as Artistic Director of the world renowned Toronto Children's Chorus in Canada. She left New Zealand to take up this position but prior to her leaving set up the choir for their tour to the World Choral Symposium. Dr. Karen Grylls, Musical Director of the TOWER New Zealand Youth Choir has taken over the directorship in Elise's absence. Elise returned to New Zealand in March to take Key Cygnetures to camp and held a number of performances during that time. She will again return just prior to the tour to The World Choral Symposium.