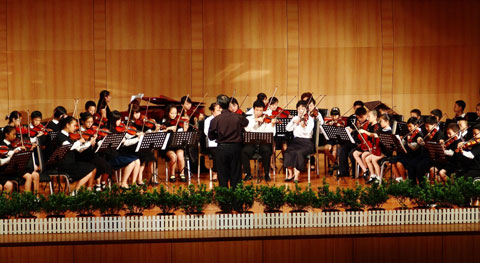 Since its founding, the Shenzhen Fulangte String Orchestra Group has had the honor to attend some of the most important and prestigious musical events throughout China and beyond. For instance, the orchestra was invited to play at the national Chinese New Year Party in 2005 where it received the highest praise from the discerning audience. Also, in 2007 the orchestra organized a Teenager Charity Concert in conjunction with the Charity Association of Shenzhen.
The conductor of this outstanding group of musicians is Chen Yuanding, the former head of the Chinese Central Philharmonic Orchestra. Fan Sanli also serves as conductor of Shenzhen Orchestra, and is at the same time the viola performer of the Zhanqi Military Region Song and Dance Troupe. Finally, Zhang Yongli is the group's director. She is also the general director of the Chinese Teenager Education Association for Violin Education and general director of Violin Education in the Guangdong Province as well as in Macau. 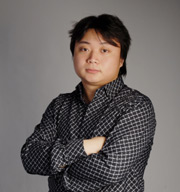 Hu Jun, the Assistant Conductor of the Shenzhen Fulangte Orchestra Group has been playing the violin since he was four years old. Widely recognized for his outstanding talents, Hu Jun has won many awards at various significant musical competitions throughout China.
He has served as Assistant Conductor of the well-known Shenzhen Fulangte Orchestra Group since 2004, and has prepared the orchestra's musicians for participation in many international competitions and performances worldwide. In addition, he is the Conductor at the orchestra's Summer Camp.