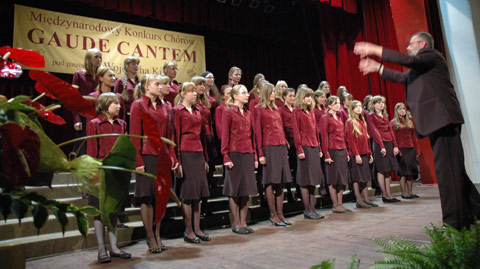 The Grodziski Chór Bogorya (Grodzisk Bogorya Choir) was established in November 2000, at The Town Culture Center, in Grodzisk Mazowiecki, near Warsaw (Poland). From the beginning the choir is managed by Marcin Lukasz Mazur. The choral society is divided into two groups: performing choir (about 40 girls; age 10 to 19) and training group (about 20 girls in primary school age). The new audition take place every autumn. Until the end of 2005, the choir society's name was "The Grodzisk Childrens` Choir".
Till now The Grodziski Chór Bogorya took part in many international, national and regional competitions, carrying off nearly 20 rewards. The most important achievements are first prizes at the international competitions: 5th Schumann-Competition (Zwickau/Germany 2006); 2nd Warsaw Choir Festival (2006) and 3rd Competition "Gaude Cantem" in Bielsko-Biala (2007).
The most important events for the choir are: staging musical "The Wizard of Oz" (2003/2004); exchange with Eichendorff School Orchestra from Koblenz (2005), which contained 4 concerts, two in Poland and two in Germany; performation of Mozart Coronation Mass (2006); exchange with Cantus Cantilena Choir from Turcanske Teplice (Slovakia, 2007); exchange with Puellae Cantantes Choir from Litomerice, (Czech Republic, 2008). The Grodziski Chór Bogorya has performed more then hundred times in Poland, Germany, Italy, Lithuania, Austria and Slovakia. 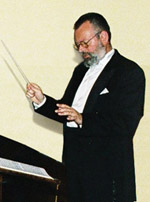 Marcin Lukasz Mazur, born 1963, graduated with distinction The Warsaw High School of Music in 1988. During his college years he had already started working as a teacher (1983) and conductor of the choir (1985). In 1985-96 Marcin Lukasz Mazur worked in Warsaw Choral Singing Society "Lutnia", where he conducted both girls and mixed choirs. In 1998- 2000 he was conductor of the Philharmonic Choir in Las Palmas (Spain) and in the year 2000, he established The Grodzisk Children Choir (now The Grodziski Chór Bogorya).
Except his conducting and educational work, Marcin Lukasz Mazur is the author of many choral arrangements and compositions. In 1991 he was the co- founder and for many years president of the board of Music Publishers "Triangiel". Some of his compositions were published in "Cantus Quercus Press" in USA. Many times Marcin Lukasz Mazur took part in the International Choral Academy in Krems.