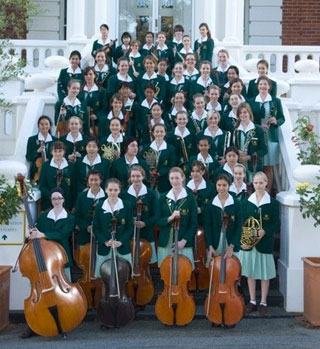 The Methodist Ladies' College Senior Symphony Orchestra was only established in 2004 but in that span of time the ensemble has performed in numerous festivals and competitions in Australia and overseas. The Orchestra performs diverse and challenging orchestral repertoire, from the Baroque to the Modern era. The ensemble comprises of 60 students from the age of eleven to seventeen. The orchestra has become a very significant and popular addition to the music program and is regarded as one of the finest instrumental ensembles offered at Methodist Ladies' College. 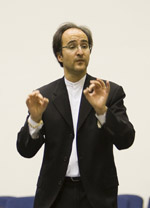 Mr. A.R. Bobby Gallo began his studies in music at the age of 5, playing piano accordian, organ, piano and later the cello. At 14, Bobby was accepted into the Conservatorium of Music, Western Australia, into the Exhibition Program where he was given the opportunity to study with Dr. John Roberts, Dr. Kenneth Weir and Richard Gill. Bobby has established himself as one of Australia's leading music educators, distinguishing himself with an impressive record of achievement in a variety of musical settings. His musical diversity has allowed him to produce outstanding choirs, orchestras, jazz bands and concert bands. As Director of Music at Mercy College, Perth, from 1998 to 2001, Bobby established choral and instrumental programs, later recording and touring with the Mercy College Concert Choir and Jazz Band. He has directed and performed with these ensembles at the Sydney International Music Festival in Australia (1999), Montreux Jazz Festival in Switzerland (2001) and the Vienna International Youth and Music Festival in Austria (2001), where each group was awarded first place.
As the newly appointed Director of Music at Methodist Ladies' College, Perth, in 2001, Bobby immediately began preparations for his young musicians to travel to two major European festivals in 2002. The Methodist Ladies' Chorale achieved a first place at the Vienna International Youth and Music Festival in Austria and an impressive fourth place in the Llangollen International Musical Eisteddfod in Wales. The Methodist Ladies' College European Music tour in 2005 achieved similar success. The Chorale impressed judges again in the Vienna and Llangollen Music Festivals, resulting in first and second places respectively. The Jazz Band also performed admirably to large crowds in the Montreux Jazz Festival in Switzerland. In 2008, the Methodist Ladies' College musicians have been invited to perform in the 2nd Summa Cum Laude International Youth Music Festival Vienna, Austria, the Montreux Jazz Festival, Switzerland and Paris' EuroDisney, France.
Apart from his commitments at Methodist Ladies' College, Bobby is frequently called upon to conduct clinics, workshops and to adjudicate.