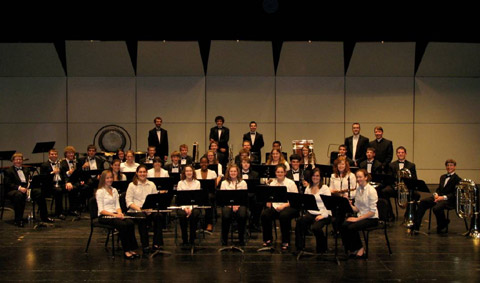 The Greater Hartford Youth Wind Ensemble is one of the finest ensembles of its kind in the Northeastern United States. The ensemble is comprised of talented high school aged students from over 20 different high schools. Past activities have included music convention performances, prominent guest soloists and commissioned premieres. 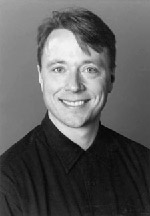 Glen Adsit is associate director of the Instrumental Studies Division and the director of bands at The Hartt School where he conducts the Wind Ensemble, Symphony Band, Contemporary Players Ensemble, teaches undergraduate conducting and guides all aspects of the graduate wind conducting degrees. Under his direction, the Hartt Wind Ensemble has performed twice at both the College Band Director's National Association regional conference and the Connecticut Music Educator's All-State Conference. In addition they have performed at the 2007 College Band Director's National Association Conference in Ann Arbor, Michigan. Guest soloists have included Joseph Alessi, Robert Black, Marc Goldberg, Scott Hartman, Carrie Koffman and Ben Toth. Composers Joan Tower, Michael Daugherty and Joseph Schwantner, Susan Botti, Joe Turrin, Steve Gryc, Bright Sheng and NebjosaZivkovic have all been composers in residence with the Wind Ensemble.An advocate of new music, he is the founder of the National Wind Ensemble Consortium Group, which has over 50 member schools with a mission to commission the world's finest composers to write for wind ensemble. The group consists of Board members, Leonard Slatkin, Phillip Smith, Fran Richards, Joseph Schwantner, H. Robert Reynolds, Jerry Junkin, Mike Haithcock, and Eric Rombach-Kendall.His professional conducting includes three productions of the Nutcracker, two pops concerts, many educational concerts with the Hartford Symphony Orchestraand a series of educational concerts with the Rochester Philharmonic Orchestra in Rochester, New York. In addition to his professional orchestral experience, he also conducted the University of Michigan All-State Intermediate Orchestra for seven years at the Interlochen Center for the Arts in Interlochen, Michigan.Prior to his appointment at The Hartt School, he was the Associate Director of Bands at the University of New Mexico in Albuquerque, New Mexico. Previous to his university appointments, he taught for seven years in the Michigan public schools at both the junior high and high school levels. Under his direction, the Plymouth Centennial Marching Band was a two-time Bands of America Grand National Champion. He holds a bachelor's degree in music education and trombone performance and a master's degree in wind conducting, both from the University of Michigan.