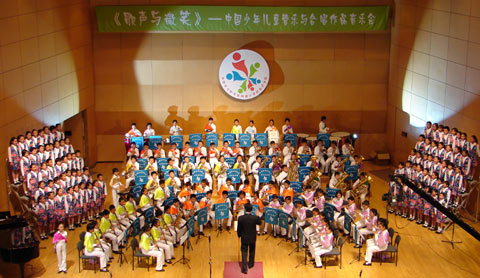 The Chinese Academy of Agricultural Sciences is one of the foremost educational institutions in China and is celebrated for its mission to provide the most comprehensive education possible. As a part of this mission, the school promotes the appreciation of Fine Arts, which encourages all students to 'gain knowledge both at school and out in the world.'
Its renowned Arts Center, established in 1996, aims to do just that by offering students the opportunity to participate in band, choral groups, and dance groups. Currently, more than 900 students are actively involved. Under the guidance of world class experts, the various performing groups based in the Arts Center have been able to study, practice and show their respective talents to great acclaim. These groups have been invited to participate in a multitude of art performances and exchange activities, both at home and abroad - with much success. In 2004, the Arts Center's band was named the "Golden-Sail Art Band" by the Beijing Education Committee, a great honor. In 2007, it again passed the required approval and difficult selection process and was named once more the "Golden-Sail Art Band." 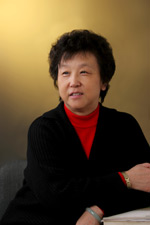 Ren Xinhua is the music teacher of the Primary School, part of the Chinese Academy of Agricultural Sciences. Furthermore, she is the Conductor of this prestigious school's Golden-Sail Art Band. She studied and trained under the famous conductors Lv Shuzhong, Yu Jianfang, and Zhang Haifeng.
As the Conductor of the Golden-Sail Art Band for more than ten years, she has been highly praised during competitions and performances, both in the Beijing area and nation-wide. She is the recipient of the prize for Best Conductor in the Beijing Instrumental Music Competition and has won various prizes in other competitions as well. She was recently named "Best Instructor."