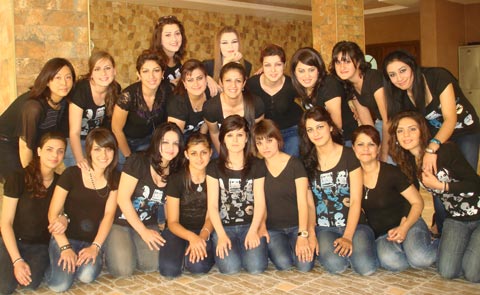 The "Kurdish Girls Choir Tawar" was founded in April 2007 by Kumiko Okumura.

It comprises young musicians from all parts of the Kurdistan-Region of Iraq, most of them studying at the Institute of Fine Arts of Sulaimaniya. 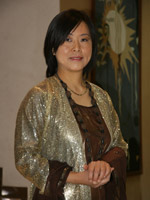 Mrs. Kumiko Okumura, the founder and choirmaster of the Kurdish Girls Choir Tawar, was born in Kanazawa (Japan) on 12 February 1966. She started her musical education at the age of 11 years when she started to play organ. After frequenting the famous “Kanazawa NISUI High School”, she studied classical voice at the Musashino Music College in Tokyo and obtained a Master degree at the Tokyo Conservatoire SHOBI. From 1991-1994 Mrs. Okumura studied opera in Vienna.

Her professional career began in 1995 when Mrs. Okumura acted as choirmaster of the “Kanazawa female choir” and the girls choir of the “Kanazawa vocational school” (until 1999). From 2000-2004 she gave various concerts as oratorio singer, amongst others in Germany. Her repertoire comprises cantatas and oratorios of J.S. Bach, oratorios of C. Saint-Saens as well as works of F. Schubert, Robert Schumann, J. Brahms, W.A. Mozart, R. Strauss, G. Mahler, A. Berg, A. Schönberg etc. Since 2004 she has been teaching classical voice, piano and choir at the Institute of Fine Arts Sulaimaniya in the autonomous region of Kurdistan-Iraq. Mrs. Okumura is also a member of the String Orchestra Sulaimaniya. In April 2007, she founded the Kurdistan Girls Choir Tawar whose choirmaster she is until today.