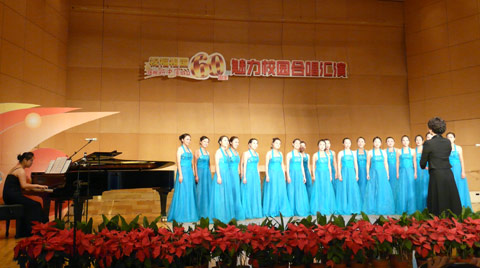 Beautiful Southern China Female Choir is a choir ensemble. All the ensemble members are chosen from the best students of universities all over China. The ensemble focuses on training the Choir’s basic skills, which makes the students enjoy music.

The members of the ensemble are students from the whole of China with good musical skills. They have reached a high level of performance and team work through their training and rehearsals by the professional teachers.

The choir ensemble was awarded as prizes such as “the best Art Ensemble of University Studenta in Jiangsu Province” and “ China Best Campus Choir Ensemble” in July, 2009. 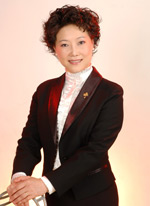 Ma Qiong graduated from Nanjing Normal University Music School in 1985. Currently she is the Professor of Nanjing University School of Art, a Committee Member of CPPCC, and the Vice President of Association of Musician in Wuxi City. Ms. Ma is the guest conductor of some of the best choir ensembles in Wuxi City, Jiangsu Province.

The Beautiful Southern China Choir received the 1st Place in the event “Good Wishes to Motherland-Charming School” which is held in Beijing in 2009 with Ms. Ma and was awarded as “Best Choir Ensemble of Campus of China” at the same event. Ma Qiong was awarded the Best Conductor Prize.
Additionally, she published many important articles which focus on musical education.
Mr. Li Peng and Mr. Li Lanqing, both former prime ministers, watched the performance of the choir ensemble and took photos with the ensemble.