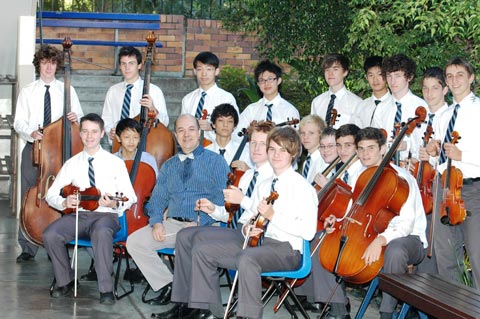 Brisbane Grammar School is one of the finest private schools for boys in Australia. Situated in the capital of the state of Queensland, it was established in 1859 and has a reputation for academic excellence which is almost unrivalled in the country. It is committed to providing boys from ages 11 to 17 a rigorous and well-rounded education in all disciplines including the arts. The School has a vibrant Music Program with an extensive array of instrumental and choral ensembles involving a large percentage of the student population. For many years, string playing has been integral to the very fabric of the School with hundreds of boys participating in the String Programme. Indeed, some of the finest string players in the region specifically enrol at the School to be a part of this vibrant Program. From the very youngest student to the many advanced musicians at the School, their ensemble needs are met through participation in one of the array of string and orchestral ensembles. The Brisbane Grammar School Orchestra has for many years regularly performed advanced orchestral repertoire, ranging from Baroque masterpieces to contemporary Australian repertoire. They are the host ensemble of the prestigious Brisbane Grammar String Festival which brings together some of the finest string orchestras and players from throughout the state of Queensland. They regularly perform at various community and school events and have gained a reputation for musical excellence. This is their first overseas tour. 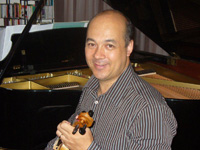 Stephen Chin is Principal String Teacher and Director of Orchestras at Brisbane Grammar School. He is a graduate of Sydney University where he studied with John Harding and Peter Sculthorpe. He has been invited to perform with various orchestras including the ABS Sinfonia, the Queensland Philharmonic Orchestra and the Queensland Orchestra. In 1997, Stephen completed the Master of Music course at the Queensland Conservatorium of music specialising in violin performance and pedagogy. In 1999, he was also appointed an examiner for the Australian Music Examinations Board. He has been invited numerous times to adjudicate various eisteddfods and competitions. He is also in demand as a string and orchestral clinician and has conducted a number of workshops and festivals.