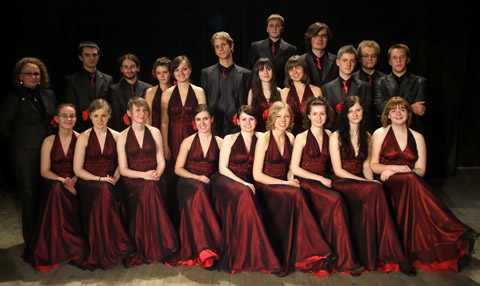 The first rehearsal of the Chamber Orchestra “Archetti” took place in the beginning of December 2007. The main idea was the appearance of people who continue their tuition in 2nd level music schools in the orchestra. Not only the graduates of mentioned music school accepted our invitation, their friends from other music schools in Silesia and Lower Poland did it as well. Originator, instigator and artistic tutor of Chamber Orchestra Archetti is Mrs Marzenna Synowiec, violin teacher in the Primary Music School in Jaworzno. Chamber Orchestra “Archetti” gives concerts in Jaworzno and in other cities as well. In September our Orchestra gave the first concert in Germany - Wiernsheim. The greatest achievement of Chamber Orchestra “Archetti” is the Price of Polish Culture Minister - Nagroda Ministra Kultury I Dziedzictwa Narodowego, which was won on the 32nd International Meeting of Music Youth Bydgoskie Impresje Muzyczne - Międzynarodowe Spotkania Muzykującej Młodzieży. 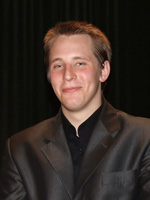 Maciej Koczur was born on 24th of November in 1989. He started his musical education in 1995 in Prof. Wanda Wątorska’s piano class. In 2003 he entered „The Fryderyk Chopin’s Secondary Music School” in Cracow where he studied in the piano class of Prof. Jarosław Duda. After graduating and receiving a secondary school certificate he passed an entrance exam on the Academy of Music in Cracow and simultaneously he started his education of conducting in Prof. Paweł Przytocki’s class. In his young pianist career, he won the price for the best interpretator on the International Piano Competition in Rouen(2001). In 2009, he received the scholarship of Jerzy Katlewicz from Academy of Music in Cracow for the academic year 2009 - 2010. He has worked with Chamber String Orchestra Archetti in Jaworzno since 2008. Together, they gained the Price of Polish Culture Minister – Nagroda Ministra Kultury i Dziedzictwa Narodowego on the 32nd International Meeting of Music Youth Bydgoskie Impresje Muzyczne - Międzynarodowe Spotkania Muzykującej Młodzieży. In addition, Maciej Koczur has his individual achievments, for example, he will conduct Beethoveen’s ouverture Coriolan with Cracow’s Academic Symphony Orchestra in April.