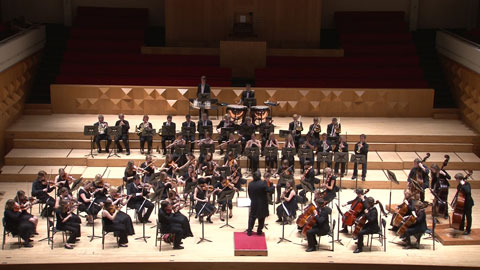 Symfonia Jong Twente is a youth symphony orchestra located in the eastern part of The Netherlands (Twente region). The orchestra was founded in 1973 and has about 60 members in the age of 13 - 25 years old. Most musicians are having lesson from music schools, private teachers or are preparing for Conservatory of Music to become professional. The conductor of Symfonia Jong Twente is Alexander Geluk.

The goal of the orchestra is to reach a high musical level and still maintaining a comfortable environment in which everyone can develop themselves. Symfonia Jong Twente plays not only classical, but also other genres like opera and film music.

Twice a year the orchestra rehearses a new program for concerts on multiple locations in The Netherlands and Germany. Symfonia Jong Twente also travels around the world; the latest concert trips were to Italy (2003), Czech Republic (2006) and Poland (2008). 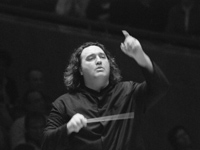 Alexander Geluk studied orchestral conducting with Taijiro Iimori and cello with Robert Dispa at the Conservatories of Arnhem and Enschede where he graduated as a Cellist and Orchestra Conductor. Earlier he already graduated as a Choir Conductor. His subsequent career was filled by conducting symphony orchestras and choirs.

In addition to conducting the mentioned ensembles -both professional and amateur- he also created several compositions. One particular composition of Alexander Geluk; the 'Montferland Ballade', was extremely well received both by the audience and the press, the latter in a review calling it; a 'very well composed piece of art, which appeals to the imagination' and '...Geluk is a master of the impressionistic atmosphere...'.