124 girls and boys at 10 to 18 enjoy singing folk as well as pop songs. Classical music is also part of the repertoire. They mainly work on appropriate breathing and voice training. This year the choir led by Ingrid Kaltenegger was awarded for a price for excellent performance for the fourth time. In March a delegation of this choir even toured China to give some concerts there. 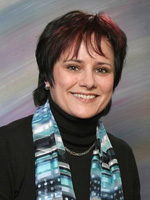