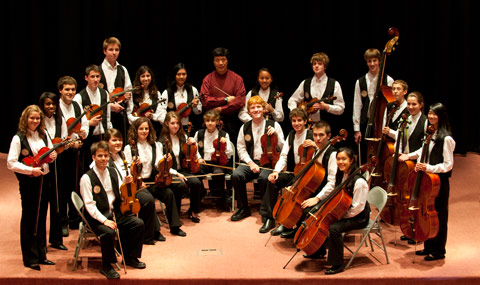 The mission of the Toledo International Youth Orchestra (TIYO) is to achieve better understanding of other cultures, as well as to bridge cultural differences through music.  TIYO’s members are honored to serve as cultural ambassadors on behalf of the United States and Toledo, Ohio.

The string orchestra was formed in 2000, and led by Mr. Yang Kun Song, performs a diverse repertoire that includes traditional and modern Chinese music as well as western compositions.  TIYO has achieved great musical notoriety over the past years by performing at various local venues in the Toledo area.  The orchestra is made up of some of the finest young string musicians from the Toledo area, many of whom have won regional competitions, scholarships, and awards. Varied in backgrounds, cultures, and interests, the members of the orchestra share the common goal of increasing their knowledge and understanding of other cultures through music.

In April 2007, Mr. Song took the orchestra on a concert tour visiting Toledo’s Sister City, Qinhuangdao, and Beijing, in the People’s Republic of China.  They also visited London, Ontario later that year.  In 2008, TIYO performed in Europe, visiting two other Toledo Sister Cities:  Poznan, Poland and Delmenhorst, Germany.  In the Summer of 2009, Mr. Song and TIYO traveled to Tanzania, Africa, which included a visit to Toledo’s Sister City of Tanga and a Fourth of July performance at the American Embassy in the capital city of Dar Es Salaam.

The orchestra is a non-profit organization led by an all volunteer staff.  You can learn more about this amazing group of young people by visiting www.tiyo.us. 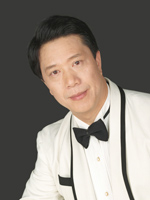 Yang Kun Song, a native of Beijing, China, was born into a musical family, and began studying cello with his father at the age of nine. In 1972, he was admitted to the Beijing Music Training Class. The following year he went to the Beijing Conservatory of Music to study with Min Yao Shen, the principle cellist in the Central Philharmonic Orchestra of China.
Mr. Song graduated from Beijing Conservatory in 1976 and later became the assistant principle cellist of the Beijing Symphony Orchestra. He is a member of the Beijing Musicians Association and the Performing Arts Committee of the Chinese Violoncello Association.
In 1988, Mr. Song was sponsored to come to the United States by Dr. William Sloan and Dr. Paul Carter, on a recommendation by world-renowned cellist, Yo-Yo Ma. He studied cello with Professor Steven Elisha at the University of Toledo, Ohio, and graduated cum laude in 1993.
Honored by a full scholarship, Mr. Song earned his Master’s Degree in Music Performance at Central Arkansas University in Conway, studying with cello professor Felice Farrel. He was also a member of the Arkansas Symphony Orchestra. Mr. Song is the founder of “Trio China” formed in Little Rock. In 1995, “Trio China” toured four major cities in China: Beijing, Tianjin, Shanghai, and Guangzhou, and he gave master classes at conservatories.
A highlight of his studies at Central Arkansas University was a second opportunity to serve as demonstrating cellist in a master class taught by the respected performer and educator Janos Starker (the first time was at Indiana University in 1992). After graduating from Central Arkansas University, Mr. Song returned to Toledo, where he presently resides. For several seasons he performed with The Lima Symphony.
Mr. Song also maintains a private studio where he teaches all string instruments. Several of his students have won Toledo Symphony League scholarships. Two of his students have won the Toledo Symphony Orchestra (TSO) Young Artist Competition and Toledo Youth Orchestra (TYO) Concerto auditions, earning the privilege to perform with theses fine orchestras. In March of 2006, three of his students won the Northwest Ohio Buckeye String Competition for Elementary, Junior High, and High School Divisions. Additionally, many of his students play in the Toledo Youth Orchestra and the Toledo Junior Youth Orchestra.
He is the music director and conductor of the Toledo International Youth Orchestra (TIYO). In April 2007, Mr. Song took the orchestra on a concert tour visiting Toledo’s Sister City, Qinhuangdao, and Beijing, in the People’s Republic of China. The orchestra also visited London, Ontario, Canada later that year. In 2008, Mr. Song was appointed Guest Cello Professor at Yanshan University’s College of Performing Arts in Qinhuangdao, China.
In 2008, Mr. Song and the TIYO performed in Europe visiting two other Toledo Sister Cities: Poznan, Poland and Delmenhorst, Germany. The summer of 2009 found TIYO in Tanzania, East Africa. There they visited and performed in the capital city of Dar Es Salaam and Toledo Sister City, Tanga.
Mr. Song and TIYO will be traveling this summer to Austria and Hungary. The trip will take place between July 1 and July 12, 2010. Highlights will include participation in the Summa Cum Laude International Youth Music Festival and Competition in Vienna and a visit to our sister city, Szeged, Hungary.
Currently, Mr. Song is a music educator for the Toledo Public Schools. He is married to Sharon Du and has a daughter, Lee Ann who plays both piano and cello.