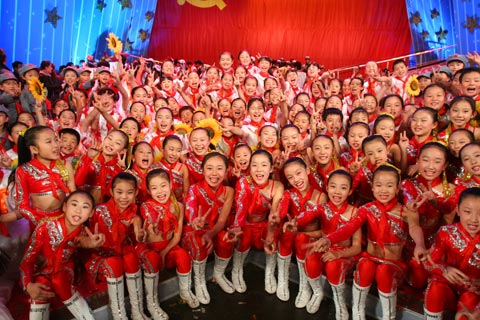 Jinfan Children’s Choir of Zhongguancun No.3 Elemental School was established in 1989. The choir is directed by Mr. Zhang Shirong, who is a well-known expert for training children’s choir.
Since its founding, the Jinfan Children’s Choir was successful in numerous performances and competitions. The choir has also participated in programs of CCTV (China Central Television), performed in foreign activities, and accomplished many national touring performances in China.
In October 2002, during the opening ceremony of the 5th Beijing International Music Festival, the choir successfully co-performed No.8 symphony (composed by Gustav Mahler ) with the top singing group of the world, which turned out to be very impressive and was highly praised by the foreign and domestic music experts.
In 2004, the choir took part in the 1st National Children Art Festival (6-18 years old) on behalf of Beijing and won the first prize successfully. In August of the same year, the choir —with the members of average age below ten years—took part in the 3rd Choir Olympics held in Bremen of Germany, and was awarded with the silver prize. In May 2008, the choir performed in a program named “Supporting Tomorrow’s Sun” of BTV (Beijing Television) for the victims of the Sichuan earthquake, expressing their sympathy, best wishes and blessings to the suffering people in Sichuan. In August and September of the same year, the choir performed in the “Opening Ceremony of Olympic Village” for the Olympics and Paralympics in Beijing, expressing their friendship to the whole world representing all Chinese youngsters. 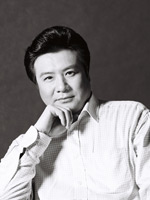 Mr. Zhang is an expert in children’s voice training and the art director of Affiliated Secondary School to Chinese People’s University. With his unique choral training methods to both adult and child’s voices, he has tutored the choir in Affiliated Secondary School to Chinese People’s University since 1984 through 2002 and won many national and Beijing municipal first prizes.
He has been invited to Hong Kong and Taiwan for lecture and performance and appointed as the director of vocal teaching and research group in Department of Arts, Central Culture Administration Personnel College and choir conductor in PLA political Department Chorus Society. 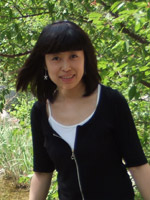 Ms. Bi Leilei has been working in Beijing Zhongguancun No. 3 Elemental Primary School for 17 years. She is our music teacher who is mainly in charge of the management and training for our choir ensemble. She has been awarded as Best Teacher by Beijing Municipal Commission of Education of Haidian District. Bi Leilei has been appointed as conductor and teacher of the ensemble since its set up in 2000. The ensemble has won many awards within Haidian District, Beijing City, China Region, even on the international events after years’ training.