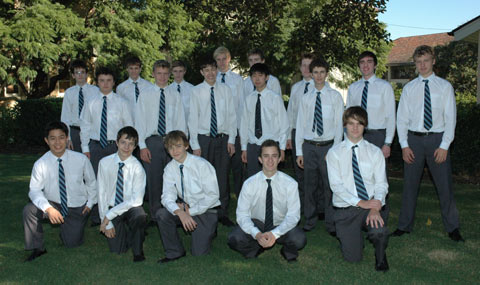 Brisbane Grammar School is one of the finest private schools for boys in Australia. Situated in the capital of the state of Queensland, it was established in 1859 and has a reputation for academic excellence which is almost unrivalled in the country. It is committed to providing boys from ages 11 to 17 a rigorous and well-rounded education in all disciplines including the arts. The School has a vibrant Music Program with an extensive array of instrumental and choral ensembles involving a large percentage of the student population. Singing is integral to the very fabric of the School with hundreds of boys participating in the Choral Programme. Students are encouraged to sing throughout their School career with an array of non-auditioned and auditioned choirs for unchanged, changing and changed voices. The Grammarphones has long been one of the signature choral ensembles of Brisbane Grammar School. It is an auditioned chamber choir for changed voices and consists of the finest tenors and basses at the School. They specialise in performing a wide range of TTBB repertoire, equally comfortable presenting music from the Renaissance through to contemporary art and popular classics. In recent times they have gained an enviable reputation for their performance of new Australian music. Indeed, in 2008 they were one of the featured ensembles at the Pemulwuy Male Voices Festival which brought together the finest male choirs from throughout Australia to perform new choral music by a range of Australian composers. Each year they share their music with a wide audience, performing at a range of community and school events. They are an integral part of an emerging resurgence of male choral singing in Queensland and Australia. This is their first overseas tour. 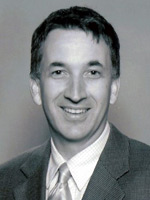 Peter Ingram, co-conductor of the Grammarphones, is Head of Music at Brisbane Grammar School and, as such, oversees a huge academic, extracurricular and co-curricular music program for boys from Years 6 to 12. He is a graduate of the Queensland Conservatorium of Music in Brisbane and gained his Masters Degree in Choral Conducting from Florida State University (USA) where he studied with well known choral experts Rodney Eichenberger and Andre Thomas. Since his return to Australia, he is in demand as a conductor, clinician, adjudicator and workshop leader throughout the nation. He is also active as a choral administrator and serves on the National Council of the Australian National Choral Association. 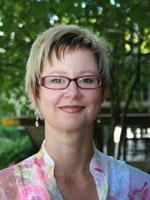 Kate Albury, co-conductor of the Grammarphones, is Choral Director and Middle School Music Coordinator at Brisbane Grammar School. She gained her Bachelor of Music Education from the Queensland Conservatorium of Music, Griffith University as well as a Masters Degree in Choral Conducting at the University of Queensland. She is currently on the choral faculty of the Queensland Conservatorium of Music where she conducts the Conservatorium Chorus. She also directs the Southside Birralee Singers, a children’s community choir in the Brisbane area. She frequently works throughout the state as a guest conductor and clinician at school and community festivals. She is also the Vice-President of the Queensland chapter of the Australian National Choral Association.