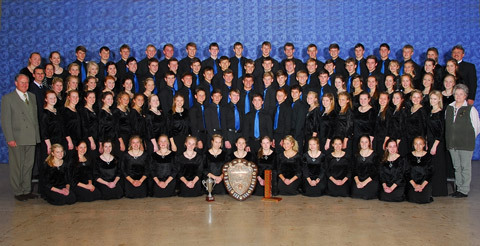 Menlopark High School is one of the prestige Afrikaans High Schools in South Africa. The mixed choir was founded in 1992 and consists of 96 pupils between the ages of 14 and 18. Choir singing is an extramural activity and the choir practices twice a week in the evenings.

The choir has been under the baton of Jeanmari van Papendorp since 1997. Under her direction the choir has performed extensively throughout Gauteng and South Africa. Among the performances that received great acclaim were:
- Concert tour to the Klein Karoo National Arts Festival in 1998
- Easter and Christmas Concerts (2003, 2004, 2004, 2005, 2008, 2009, 2010 and 2012) in co-operation with Salon Music, a renowned music organisation in South Africa. The repertoire of the concerts included some of the great oratorios and passions, such as Handel’s Messiah, Bach’s St John’s Passion and the Requiems of Mozart and Brahms.
- Performance of the Misa Criola in 2005 by Ramirez, with Sydwil Hartman as soloist.
- Two Christmas concerts with the National radio station RSG in 2006 and 2007. 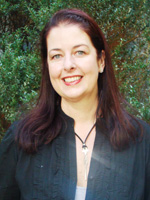 Jeanmari van Papendorp is well known in Pretoria, Gauteng for her inspiring leadership and capabilities when it comes to choral music.
Her love for choral music started at an early age when she was a member of the Tygerberg Children’s Choir under the direction of Hendrik Loock and later a member of the University Choir of Stellendbosch under the direction of Acama Fick.
She completed her musicdegree BMUS Ed at the University of Stellenbosch specializing in piano and singing. She also obtained the diplomas UNISA Teachers Lisenciate in Music, UNISA Performers Lisenciate in Music both specializing in piano and Gr8 in singing.
She started her teaching career in Cape Town at Stellenberg High School and was the founder conductor of the Stellenberg Girls Choir. After her marriage they were relocated to Gauteng where she joined Menlopark High School as conductor and teaching music as a subject. She is currently Head of Department Music at Menlopark High School.
Jeanmari regularly acts as adjudicator at eisteddfods and conducts and presents workshops in South Africa. To keep a well informed international view on music, Jeanmari regularly travels abroad attending workshops and concerts. She is also a member of the South African Choral Society and the International Federation of Choral Music (IFCM).
Jeanmari is married to Herman, an Investment Strategist and they have a 7 year old daughter, Anje.