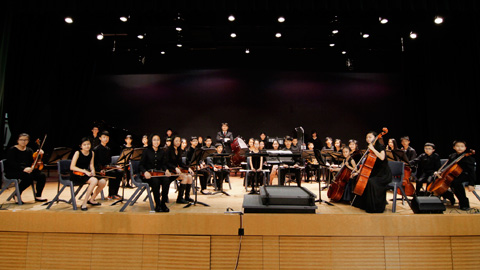 La Musique de Chambre L.A. was founded and conducted under the baton of Mr. Nicholas Ching in 2010 when the school, The ELCHK Lutheran Academy was first operating in September 2010. In the first year, there were only four members in the ensemble due to a small student population. In 2013, forty members were recruited in the orchestra among 600 students in the school.
This orchestra was a mixture of primary and secondary school students. The youngest musician is only 7 years old whilst the oldest musician has just passed his 15th year of age.
The orchestra has performed a few times during internal school events and celebrations.
This concert tour is their premier, sharing the joy of music with all music lovers.

Special Thanks to the Lutheran Academy Scholarship and Assistantship for financial support of La Musique de Chambre L.A. 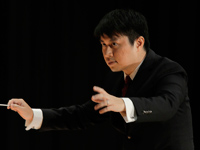 Nicholas Ching has been the conductor of the Lutheran Academy Chamber Orchestra since its foundation.
He received music education, studying piano, cello, voice and both choral & orchestral conducting in Saskatoon, Kassel, Stockholm and Hong Kong. He has been a choir conductor at the Hong Kong Children’s Choir for a decade apart from teaching music at both local and international schools.
He is now the Convenor of Performing Art at Lutheran Academy.