The John XXIII College Saxophone Quartet and Clarinet Quartet were formed in 1995. They consist of the four most senior players on each instrument in the secondary College, with the membership changing every year. They have been featured on a number of CDs produced by the College and have received numerous honourable mentions at the Catholic Performing Arts Festival.
The quartets perform regularly at concerts, festivals and other College events and are often in demand for private functions. They provide a wide variety of music from Bach and Mozart to works by Argentinean composer Astor Piazzolla and modern jazz.
This will be the fourth tour to the UK undertaken by the Saxophone Quartet and the second by the Clarinet Quartet. They are directed by Ms Elizabeth Jennings. 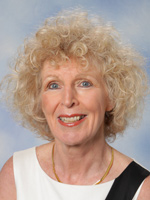 Toni Strong is a graduate of the Sydney Conservatorium of Music Australia majoring in piano and also gained a Masters’ degree in Music from Edinburgh University UK. As guest soloist Toni spent several years touring with the Army Band performing at the Sydney Opera House, the Sydney Town Hall and throughout country areas of N.S.W. She began her teaching career at Loreto Mandeville Hall in Melbourne and was then Director of Music at Santa Maria College. While in Melbourne she was assistant organist at St Peter’s Eastern Hill under Dr Geoffrey Cox.
Toni has been Director of Music at John XXIII College since 1993 and has musically directed 20 musicals.
In 2001 she received a scholarship to study choral conducting in Sweden and completed a summer school course with Stefan Parkman as well as taking private lessons. She has had the privilege to attend 2 International World Symposiums in Choral Music in Sydney and in Copenhagen. In her time at John XXIII College the Chamber Choir has taken 4 overseas tours to Europe and the UK, won numerous competitions and produced several recordings.