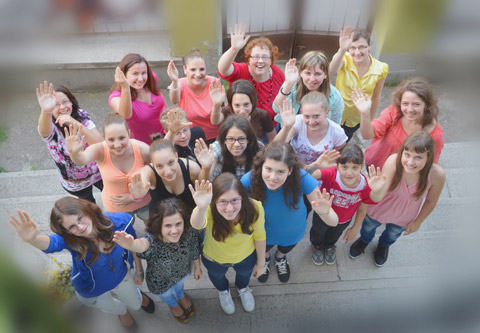 Once upon a time there was a music school in Kapuvár and there was a group of young musicians there. They thought of founding a new choir by the name „A Capella Kapuvár”. Choir Metrum is part of the A Capella. Most of the children play an instrument and in this chorus they not only experience the joy of singing together but also their music repertoire will grow. They hope that their performances will appeal to the audience. 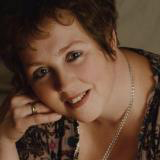 Ildikó Szabó graduated from the Franz Liszt Academy of Music in Budapest in 1996. She studied Choral Conducting, Music Theory and Solfeggio. Four years later she had another degree in Church Music. During her studies she participated in many concerts with the university choir for example in Italy, Spain and Austria. She also had a study tour in church music in London and Oxford.
She has been teaching music theory in the Kapuvar Music School since 1996. Since 2004 she has been the choirmaster of Scola and the organist in the local church mass. She has been teaching church music at secondary grammar school of the Benedictine Pannonhalma Archabbey. Ildikó Szabó is a devoted soprano singer too.