The Helsinki Strings (Helsingin Juniorijouset) is a world-renowned string orchestra consisting of about fifty students from the East Helsinki Music Institute and the Sibelius Academy, their ages varying between ten and twenty. The orchestra was founded in 1972 by its conductors Csaba and Géza Szilvay, who both retired in 2010. The orchestra was conducted by Pirkko Simojoki in 2010 – 2011, and since the autumn of 2011 the conductor of the orchestra is Jukka Rantamäki.
The Helsinki Strings have released forty internationally acclaimed albums for the labels Finlandia Records and Warner Classics. The orchestra has also appeared in more than seventy television programmes, of which the two popular series "Minifiddlers in Musicland", broadcast in the seventies and the eighties, marked a new era in music education in Finland.
A substantial number of today’s active professional Finnish musicians – soloists, chamber and orchestral musicians, leaders, conductors, string pedagogues and other music professionals – have played as members of the Helsinki Strings over the years, and several have achieved international fame.
Besides Finland, the orchestra has given concerts in Hungary, Sweden, Denmark, The Faroe Islands, Norway, Estonia, Latvia, Germany, Austria, Switzerland, United Kingdom, Ireland, Belgium, The Netherlands, France, Italy, Russia, The United States, Canada, Japan, Korea, China, Hong Kong, Macau and Taiwan.
Throughout their existence, the Helsinki Strings have demonstrated how a profound music education and high-level artistry can be combined. Through concert tours and demonstrations the orchestra has made Finland, Finnish music and string pedagogy known all over the world.
The Helsinki Strings wish to thank the Finnish Ministry of Education and Culture, Finnish foundations and funds, companies, other organizations and private persons for their continuous support. The Ministry of Education and Culture has appointed the Helsinki Strings as Young Cultural Ambassadors of Finland. 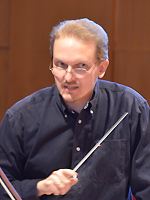 Jukka Rantamäki began his violin studies under Géza Szilvay's tuition and continued his studies with Jouko Ignatius, Kaija Saarikettu and Alexander Vinnitsky at the Sibelius Academy, Helsinki. In his childhood, Rantamäki was the concertmaster in the Helsinki Junior Strings (at present called 'The Helsinki Strings') and he has been the Associate Concertmaster at the Tapiola Sinfonietta since the orchestra was founded in 1987. He also plays regularly in Avanti! Chamber Orchestra.