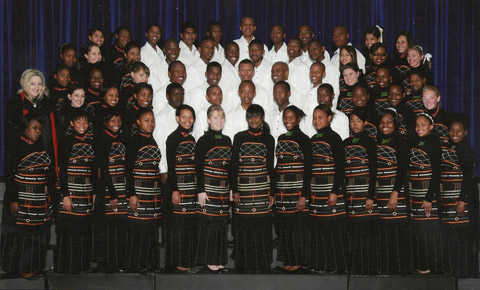 The Evander Youth Choir was founded by Mrs. Trinka Combrinck in 1995.
The choir won the Werner Nel Trophy in 1999, for best Choir in Mpumalanga province, South Africa, as well as numerous trophies for Best Choir at local regional music festivals.
The choir participated in the Bela Bartok International Choir Competition and festival in Hungary – Debrécen, in 2006. They were selected to participate, on basis of their artistic sound and quality, and were therefore formally invited as a Category A – Choir (all their expenses during the competition were paid by the board of the Bela Bartok Festival and Competition).
The choir successfully participated in the World Choir Olympics of 2008, which took place in Graz. For 3 years the choir was at rest and regained power in 2011.
The total image of the choir has now changed from an almost “white” choir to a total multi-racial Rainbow choir with talented young people from all walks of life (White, African, Colored and Indian). A few “old” choir members that already left school and are studying at universities are still part of the choir, the rest of the children are between the ages of 13 and 17 years.
Many of the children in the recent choir come from extreme underprivileged circumstances and have never ever been beyond the borders of their own little town. For them, to be part of such an event as the Summa Cum Laude Competition in Vienna is a miracle, a privilege and a dream that has come true!
This choir is driven by vision, faith and miracles. As the African Zulu people would say: Hamba E Manzi” – We are walking on water! 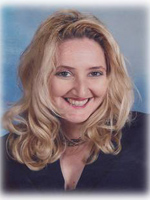 Catharina Combrinck is a tutor in Music, Dance, Drama and Languages for Secondary learners at Evander High School, Mpumalanga, South Africa.
She received a Diploma for Higher Education, and a degree in Music (BMUS) at the University of South Africa, with piano, silver flute and voice training as main instruments. She will be continuing with her Masters degree in choir music. She has also trained in ballet, and danced for 21 year.
Catherina was the founder of the Evander High Choir in 1995. She was the director and choreographer for some musicals and music and dance concerts over the years eg. “Oklahoma” (By Rogers and Hammerstein) and “Grease the musical”, in which her choirs participated, and that she has done in co-operation with Richard Kok and the National Symphony Orchestra.
The choir tour of 2013, will be the fourth European tour under her direction.