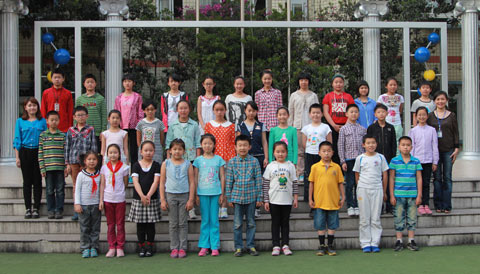 The Sky Dream Choir established in September, 2004. It has about 100 members from the 3 different districts. The average age is 10. The older is 12 and the younger is 8. Under the care of the headmaster and teachers of the school, and the guide of the music teachers, this team is growing well. Immerse the sun. The White Dove Choros is growing well. The team sang more than twenty Chinese and foreign songs, and participated in the performance of Chongqing and Nan’an district. For example, the Celebration of Science Association; the Celebration of “6.1” children’s day of Chongqing; the program recording of “the youth heart of China" at Chongqing TV; the Celebration of the Teacher’s Day of Nan’an district. The Choros gets the First Prize for twice of the Nan’an Art Festival in 2009 and 2010, the Brand Prize of the Nan’an Art Festival in 2011, and the First Prize of the Nan’an Art Festival in 2011. The flowers and applause means affirmation and trust to them! The Symphonic Band is growing well on the rich land. We believed that they’ll give us a charming performance on wings of song. 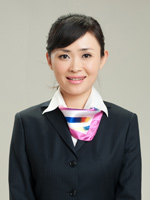 Yang Xuelian, associator of the Choral Association in Chongqing, associator of the Musicians Association in Nan’an district, the backbone teacher in Chongqing, teaching and research part-time staff of primary music in Nan’an district, senior teacher of primary school, is the bandmaster of the white dove chorus in Tiantaigang Primary School. She entered the department of music in Southwestern University and learned conduct from the famous conductor Xu Ping. In recent years, the white dove chorus has been performed in many Large-scale performances, and honed the special awards, first and second prizes. She is popular in her students by her distinctive conduct style and specific affinity.