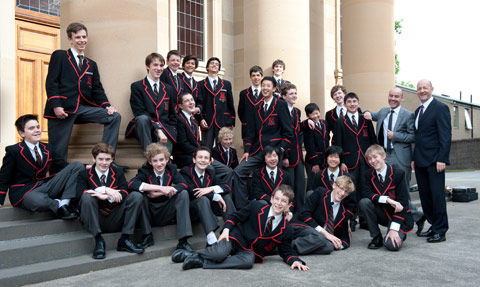 Founded in 1878, Xavier College is an independent Catholic school belonging to a worldwide network of over 3450 Jesuit educational institutions.
The Jesuit tradition of education, established over 450 years ago by St Ignatius Loyola, seeks to develop fully rounded individuals who lead their lives according to the example of Jesus Christ.
At Xavier we pride ourselves on providing a quality education in every aspect of life – intellectual, spiritual, moral and social and ensuring that all our students achieve their highest potential.
Music is one such area that enriches the intellectual, physical and spiritual development of our students. Through music Xavier students have many opportunities to develop their musical talents as soloists and ensemble players in our numerous orchestras, concert bands, choirs, stage bands and chamber ensembles.
Our 2013 music tour will be our first European tour for the String Orchestra and Chamber Choir and it will involve musicians aged from 13 to 17. The String Orchestra under the direction of Andrew Schellhorn and the Chamber Choir under the direction of Richard O’Shaughnessy will tour Italy, Austria and Slovenia, giving concerts, and participating in master-classes and individual lessons.
Their repertoire will feature Australian works such as, Eve Duncan’s “Mirrabooka Mornings” (Under the Southern Cross) which is written for String Orchestra and didgeridoo and Steven Leek’s vocal work “Drovers” which evokes images of Stockmen mustering cattle in Australia’s vast outback.
We are all very excited to be able to make such an undertaking and we hope you enjoy the Xavier performances. 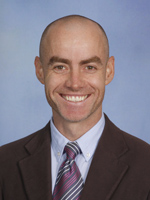 Richard made his Bachelor in Music in 1994 with a focus on singing and teaching music. He has performed with the Victorian State Opera and Australian Opera in several productions including La Boheme, Aida and Lakme.
He has taught music to all ages and has a passion for unaccompanied singing and Musical Theatre. In the school setting Richard has directed many musicals from Gilbert and Sullivan's The Mikado to Sondheim's Sweeney Todd. Richard has an interest in composing and has written numerous string and vocal arrangements for the students under his care. Richard is currently the Co-ordinator of Voice at Xavier College, where he has been teaching music, theory and voice for the past decade.