The Marching Koalas were formed in 1982 as a band from the Hunter Region of New South Wales representing local high schools and the community. The band consists of musicians, flags, banner and batons and its mascot is Kimmy the Koala who accompanies the band at performances.
The uniform is of clean cut design to suit Australia’s heritage, topped with an Aussie Slouch Hat that needs no introduction. The ostrich feather on the hat reminds us of the contingent of Light Horse Soldiers from the Hunter who fought during World War 1. The tangerine jacket typifies our sun burnt country whilst the black of the trousers is synonomous with the region’s major export,“coal”.

Major Events in the Band’s History:
The band has toured extensively overseas to the USA, Canada, Japan, New Zealand, England, Scotland, Germany, Austria, Italy, France, China and Hong Kong.
In July 2010, the band completed a successful tour of China performing at the Great Wall and Forbidden City in Beijing, at World Expo in Shanghai and at Hong Kong Disneyland.
The band toured in Easter 2012 to the East Coast of the USA to perform at Disneyland, Harry Potter World, The Washington Cherry Blossom Festival and the USS Intrepid Museum in New York, 2014 the band toured Canada to perform in the Calgary Stampede for the 4th time

*1994 - Tour of Canada and the Calgary Stampede

*2003- tour of Italy and the 7th World Marching Show Bands Championships at Monza *Silver medallists in the formation parade, marching and field show.

*2005 - Tour of Canada and the Calgary Stampede

*July 2010: The Marching Koalas have just completed a successful tour of China performing at the Great Wall and Forbidden City in Beijing, at World Expo in Shanghai and at Hong Kong Disneyland.

*July 2014 – travelled Canada to perform in Bruderheim on Canada Day and at the Calgary Stampede. 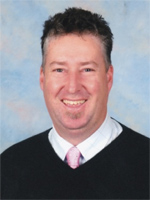 John Gill has been a musical director with the Marching Koalas since 2000 and prior to that was, a member from 1985 – 1988 playing trumpet in the band. As a classroom music teacher and head of the Creative and Performing arts faculty at his school, John has a very strong support for students’ to experience playing a musical instrument and enjoying playing with others in a band. John’s school is strongly recognised for their strengths in The Arts and the band program is one of the largest running in schools in the region.

As well as a music educator, John also has worked as a professional musician playing in many orchestras, jazz bands and numerous musical productions in Newcastle. Through this John also undertook the role as Musical Director for a number of these shows.

John is a respected music examiner for students completing their final year at high school studying music and is annually employed as a Senior Music Marker with the New South Wales Board of Studies, Teaching and Educational Standards. This also saw him marking internationally in 2014 in International Schools throughout Singapore and Malaysia. 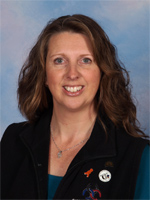 Candece Bergin was born in Hastings, Victoria in 1972. Daughter of a naval officer, she attended seventeen primary schools and demonstrated a passion for music from a very early age. Starting with the recorder and moving onto the Flute during a 2 year stay in Seattle, Washington, Candece was introduced to the American Style Marching Band scene. On her return to Australia, she took up playing the Trombone so that she could join her local Brass Band and enjoy the thrill of a marching band and entertainment. After high school, Candece graduated from the Newcastle Conservatorium of Music with a Bachelor of Music Education. Her first teaching position was in Moree, NSW, a small rural town of around 3000 people, including a large indigenous population. Through her links within the music industry, she introduced students and community members alike to the classical sounds of the Sydney Symphony Orchestra and the Indigenous rock sounds of ‘Croc Eisteddfod’. After 5 very successful years, she was transferred to a teaching position in Newcastle NSW to Callaghan College Wallsend Campus where she is now the College CAPA Coordinator and Music Teacher.

Candece facilitates Creative and Performing Arts projects within 15 primary schools, 3 high schools and the University of Newcastle including Concert Bands, Stage Bands and smaller musical ensembles such as Ukulele and Rock Initiatives. She has also been the guest conductor in her region for the Combined High Schools Concert Band Performance and local choirs.

In November 2001, Candece became a Director of The Marching Koalas and was now able to share her passion of marching bands with many students from around the Hunter region. As a Director of The Marching Koalas, Candece has toured 5 times overseas to USA, Canada and China and has been privileged to lead members into performing such highlights as The Calgary Stampede, The Rose Parade, The Forbidden City Concert Hall and of course Disneyland. Candece loves nothing better than facilitating the creation of lifelong memories through musical experiences for The Marching Koala members and the wider community.