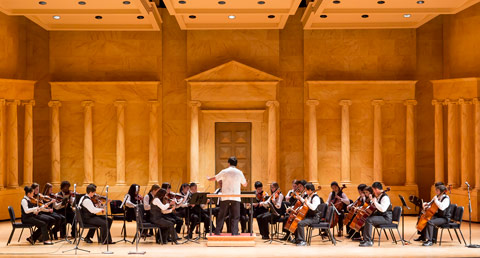 Founded in 2013 by conductor Yang Kun Song, The Greater Toledo International Youth Orchestra (GTiYO) is a unique string orchestra that performs a diverse repertoire of traditional and modern Chinese music as well as classical Western compositions. The GTiYO, formerly TIYO, has achieved considerable musical notoriety under Mr. Song’s direction, performing in venues throughout the Toledo, Ohio area and abroad. Varied in backgrounds, cultures, and interests, the members of GTiYO share the common goal of increasing their knowledge and understanding of other cultures through music and maturing personally as global citizens.

The GTiYO/TIYO has established a long history of success through international travel and performance. Beginning in April 2007, the orchestra’s first concert tour led them to Toledo’s Sister City, Qinhuangdao and Beijing in the People’s Republic of China. Later that year, they also toured London and Ontario, Canada. In 2008, the orchestra performed in Europe, visiting two other Toledo Sister Cities: Poznan, Poland and Delmenhorst, Germany. In the summer of 2009, the youth orchestra performed in Tanzania, East Africa and visited Toledo’s Sister City of Tanga. This same group was honored to play at the American Embassy in Dar Es Salaam in front of world diplomats for a Fourth of July celebration. In 2010, the orchestra competed in the Summa Cum Laude International Youth Music Festival in Vienna, Austria and visited Toledo’s Sister City of Szeged, Hungary. They continued to expand the cultural bridge during travel to Korea and their Sister City of Toyohashi, Japan in 2011. The next year, in late June, 2012, yet another continent, South America, was bridged as the orchestra toured several cities in Peru, including Lima, Cusco and Machu Pichu. After a year hiatus, the newly formed GTiYO traveled in July, 2014, on their first international musical tour through Toledo, Segovia, Cordoba, Seville, Costa del Sol, Granada, and Madrid, Spain. Then finally in July, 2015, the GTiYO touring came full circle, returning to Sister City Qinhuangdao and Beijing in the People’s Republic of China. 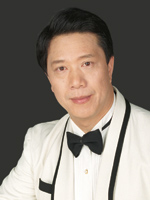 Yang Kun Song, a native of Beijing, China, was born into a musical family, and studied cello with his father at the age of nine. In 1972, he was admitted to the Beijing Music Training Class. The following year he entered the Beijing Conservatory of Music to study with Min Yao Shen, principal cellist in the Central Philharmonic Orchestra of China. Mr. Song graduated from Beijing Conservatory in 1976 and later attained assistant principal cellist of the Beijing Symphony Orchestra. He is a member of the Beijing Musicians Association and the Performing Arts Committee of the Chinese Violin-Cello Association. In 1988, Mr. Song was sponsored to come to the United States by Dr. William Sloan and Dr. Paul Carter, through a recommendation by world renowned cellist, Yo-Yo Ma. He studied cello with Professor Steven Elisha at the University of Toledo in Ohio, and graduated Cum Laude in 1993.

Honored by a full scholarship, Mr. Song earned his Master’s Degree in Music Performance at Central Arkansas University in Conway, studying with cello professor, Felice Farrel. He performed with the Arkansas Symphony Orchestra and founded the “Trio China” in Little Rock, which toured four major cities in China in 1995, Beijing, Tianjin, Shanghai, and Guangzhou.