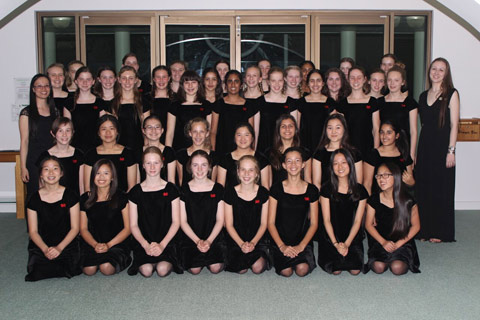 Penrhos College, Perth, Western Australia was founded in 1962. The campus is located in a wonderful setting on an old pine plantation in the suburb of Como, close to the city of Perth and the Swan River. The College has developed a reputation for its vibrant and diverse music program under its Director of Music, Paul McCarthy.

The Penrhos College Chorale consists of non-auditioned choristers between the ages of thirteen and eighteen, and rehearses once a week. It performs a wide variety of repertoire, both accompanied and a capella.

In 2008, the Chorale competed at the prestigious Llangollen International Music Eisteddfod in Wales, where they placed fourth in the Senior Children’s Choirs division. The Music Department’s Artist in Residence Program was established in 2009, and since then, the Chorale has completed a series of highly successful workshops and concerts with the acclaimed a capella vocal quartet, The Idea of North. In 2010, the choir performed at the International Music Festival in Sydney, and in 2011 was featured at the 13th International Kodály Symposium in Brisbane.

In 2013, the Chorale toured to the USA, performing in Los Angeles, New York City and Washington D.C., where they were awarded a Gold plaque at the Washington D.C International Music Festival. In 2014, the choir returned to New York City to participate in a special choral performance at Carnegie Hall, having been invited following the personal recommendation of Dr Cristian Grases.

In June 2016, Penrhos was thrilled to welcome Dr Cristian Grases to the College as an Artist in Residence. He conducted a series of inspiring and educational workshops with the College’s six choirs, and a particular highlight of his visit was the opportunity for the students to work with him on his new piece, commissioned by the College for the Chorale. Dr Grases’ residency culminated in a magnificent choral concert at the University of Western Australia’s Winthrop Hall, including the Australian premiere of his Carnegie Hall-commissioned work, ‘Gloria’.

The Penrhos College Chorale is currently conducted by Catherine Clarnette and accompanied by Gladys Chua. The 2016 European tour will see the choir perform in Vienna, Paris, Munich, Salzburg and Prague. 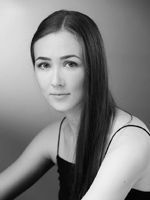 Catherine has been fortunate to study under the wonderful tutelage of some of Australia’s best musical educators, and perform on international stages. As a vocal soloist, performance highlights include shows at the Montreux Jazz Festival in Switzerland, Euro Disney in Paris, and various Perth venues with the Western Australian Youth Jazz Orchestra. In 2012, Catherine travelled to Sydney to sing in the Gondwana Chorale, Australia’s national youth choir.

Catherine currently teaches secondary classroom and choral music at Penrhos College, and is a tutor with the Australian Girls Choir. This is Catherine’s third international tour as conductor of the Penrhos College Chorale.