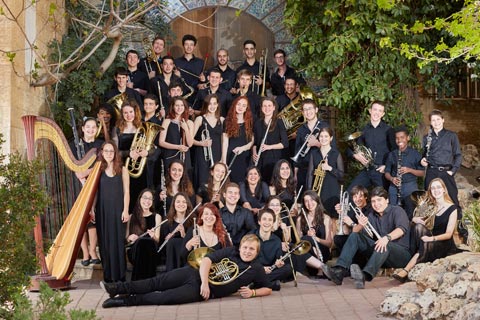 Jerusalem Conservatory Hassadna, established in 1973 by Amalia Reuel, is guided by the belief that any child, regardless of physical or mental ability, socio-economic level, ethnicity or religious affiliation, deserves the opportunity to access music instruction of the highest quality. The Conservatory draws on the talents of an accomplished faculty and nurtures individual excellence in a challenging and supportive community dedicated to the highest standards of performance, teaching and scholarship. The Conservatory serves as a second home to 700 children representing the unique human mosaic of Jerusalem.

The Jerusalem Conservatory Hassadna Youth Orchestra, founded in 2006, is one of Israel's leading youth wind orchestras. The orchestra was invited to perform at the Carnegie Hall in March 2014 as part of the New York International Wind Orchestra Festival, winning first prize for their performance. In July 2015, the orchestra performed at Israel’s leading concert hall as a pre-concert to the Israel Philharmonic Orchestra. Currently, 45 young musicians from the ages of 14-18 play in the orchestra which is frequently invited to perform at major functions and festivities in Jerusalem and all over Israel. For these young musicians, the orchestra is a central part of their lives; a home for musical, social, and personal growth. 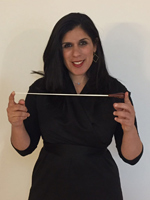 Sagit Mazuz is the founder of the Jerusalem Conservatory Hassadna's Wind Orchestra and has been serving as its conductor and artistic director since 2006. In 2000, Sagit graduated with a BA from the clarinet department of the Jerusalem Music Academy and in 2012 received her MA in Musicology and Music Therapy from the Hebrew University of Jerusalem. Sagit is a faculty member of the Jerusalem Conservatory Hassadna clarinet department and head of the wind department. She participated as the conductor in master classes with Dale Lonis (U.S.A.), Darrin Thornton (U.S.A.), Felix Hauswirth (Switzerland), Michael Delman (Israel), Nachman Yariv (Israel) and other leading musicians.