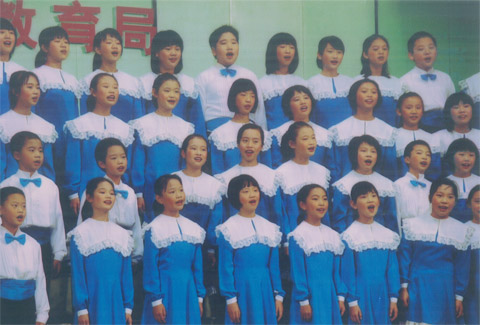 Zhongshan Letian Children’s Choir (ZLCC) was established in 2002. As the choir brings happiness and enjoyment to the children that many of them fall in love with music after taking part in the choir, through which the music is blended in their blood. The choir has won a host of honors both in and abroad in the past decades of years. It has already been a well-known cultural brand of city Zhongshan. 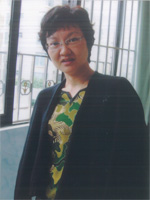 Conductor Mrs. Chen Yunyu has been working with children choirs for many years. Her ensemble has won the 1st prize of primary school on Zhongshan City Choral Festival for successive 9 times in the past 18 years. Furthermore they have acted as the representatives of Zhongshan city to take part in various performances and competitions held by throughout the country. In the last 2 years, her choir also took part in the 7th children’ art fair in Guangdong province, and were the only prize winners in the choir category. Mrs. Chen and her choir were invited to attend the Chinese Choir Master Class and New Year’s Concert of Young People of the city Zhongshan. The choir was also invited to do the opening performance of the Zhongshan earthquake benefit. Some famous conductors such as Mr. Yang Hongnian, Mr. Lai Guangyi, Mr. Xu Zhijun, Mr. Lai Yuankui, and Miss Yalun Gerile worked with the choir.