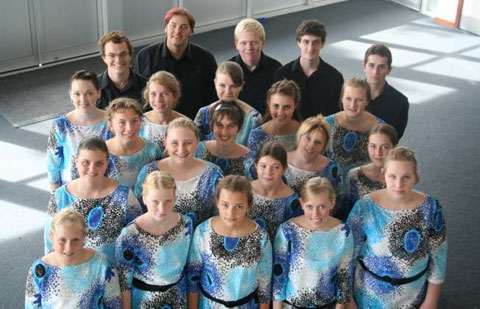 Hunter Singers was established in 1989 as the Hunter Area Department of Education & Training Choir and is now celebrating its 20th Anniversary. Hunter Singers is a mixed children's choir, open to girls and boys aged 12-18 years, enrolled in government high schools in the Hunter Region. For the 2009 tour there are 25 performers aged 12-18. The choir is based in Newcastle, approximately 200 kilometres north of Sydney, Australia.

Hunter Singers exists to create choral music of a high standard and to foster excellence in music education in the community. Since 1989 the choir has produced two cassettes and three CD recordings, toured to the United States of America, Austria, England, Wales, New Zealand, Italy, Canada, Belgium and France. The group has also performed many concerts in Sydney, Brisbane and Newcastle.

The group is well known for its commitment to Australian music, with many commissioned works to its credit, including Michael Atherton’s Inside the Storm, Stephen Leek’s work for choir and orchestra, Glasshouses, and works by Gordon Hamilton, Wendy Ireland and Matthew Orlovich.

Hunter Singers is a non-profit organisation. Costs are covered by term fees, box office, the NSW Department of Education and fund raising activities. Hunter Singers successfully applies for funding for special projects from the Australia Council and the NSW Ministry for the Arts. 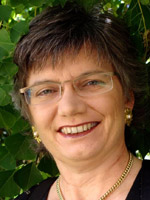 Kim Sutherland is the founding Musical Director of Hunter Singers and the Head Teacher of Creative and Performing Arts at Lambton High School in the Hunter Valley.

She recently completed a Master of Creative Arts degree at the University of Newcastle and won the Wesley Institute Orchestral Conducting Competition in 1999.

Kim’s creative approach to the leadership of Hunter Singers has been widely recognised both locally and at state level. She has received numerous conducting and teaching awards, including an Australian Council of Education Quality Teaching Award. She was also selected as one of the four finalists in the Newcastle division of Energy Australia’s Community Spirit Awards.

Kim has conducted excerpts from Vivaldi’s Gloria in the Sydney Opera House and has also conducted the Newcastle University Choir for performances of the Fauré and Rutter Requiems and Bach’s St John Passion.