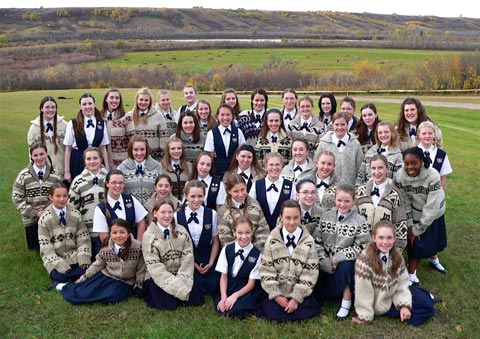 The Saskatoon Children’s Choir was founded in 1996 by its present artistic director Phoebe Voigts. In the twelve years since the choir’s inception, the choir has developed a reputation for artistic excellence, creative performance practices, and commitment to humanitarian initiatives.

In addition to classic repertoire, The Saskatoon Children’s Choir is particularly committed to the study and performance of both Canadian and international compositions. Canadian compositions connect them to their heritage, while the repertoire of other countries connects them in a meaningful way to cultures beyond their borders. They have initiated several projects that are intended to encourage all people, through repertoire of strength, suffering and hope, to participate in activities that foster international tolerance. As Canadians, they are motivated by the belief that when people come together from across the globe with a common vision of artistic expression, there is, in that experience, potential for true understanding.

The choir collaborates frequently with other artistic ensembles, appearing as guest artists of the Saskatoon Symphony Orchestra, Prairie Virtuosi Chamber Orchestra and the University of Saskatchewan Greystone Singers. They also appeared in the pre-concert performance of the National Arts Centre Orchestra Western Canada tour, and at the 2007 JUNO awards.

Recording credits include four compact discs, and performances on national and international radio and television broadcasts.

The Saskatoon Children’s Choir has twice been awarded Kathaumixw’s Elmer Iseler Award (2000 and 2004) for best performance of a Canadian work. Other recognitions include First Place (Folk) from the International Choral Kathaumixw (2000); First Place (Children’s Choir) at the Festival Internacional de Musica de Cantonigros (Spain, 2002); Second Place (Children’s Choir) and Second Place (Folk) from Kathaumixw 2004; and the National Leslie Bell Award for Choir (2003). Both Apprentice and Concert Choirs have been awarded the Isabelle Mills Award for outstanding choral achievement. The choir considers their invitation to participate in Songbridge 2005 in Hong Kong their highest privivlege.

Philosophy and Special Projects
The choir holds the conviction that music crosses all cultures and borders, that all children can be a voice for justice, and that they have an obligation to contribute to building a future of hope for the world.

From 2000-2002 the Saskatoon Children’s Choir supported the Canadian initiated International Campaign to Ban Land Mines through performances, education platforms and signatures supporting the Mine Ban Treaty. This project included bringing to Saskatoon performances youth ambassador and land mine victim Song Kosal from Cambodia and Jody Williams, Nobel Laureate for Peace. The project expanded to include a performance tour of France and Spain, the release of the CBC CD Fields Interrupted, and a guest performance at the Canadian/American International Peace Gardens. The signatures supporting the Mine Ban Treaty, collected from Canada, U.S. and Europe, became part of the International Campaign’s presentation to the Bush Administration.

In 2005, the choir initiated a Western Canada performance tour of the children’s opera Brundibar, first performed in 1942 by the children of the Terezin Concentration Camp. In addition to eleven performances and an award winning CBC broadcast, the project included a study guide for school audiences, discussions, speeches and readings.

In July 2005, the choir travelled as one of four youth choirs to Hong Kong and Guangzhou, China, to participate in the International Songbridge Project. This project, sponsored by UNESCO and the International Federation for Choral Music, offered our choristers the opportunity to study and perform with choirs and composers from Finland (Tapiola), South Africa (Jacaranda) and China (Hand in Hand Chinese Children’s Choir):

The “Eternity Stone Project” was launched in 2006. Stones and messages from around the world were collected and held by the choristers and audience members during performances of Bojesen’s Eternity. The stones, including a piece of the Berlin Wall and a stone from Terezin, served as tangible reminders of our connection to all of humanity.

“Still We Rise!” was initiated in 2007 to honour the strength and courage of people living with, and affected by, HIV and AIDS, and to call attention to the formidable challenges that confront them. As part of the project the choir commissioned “Yo Te Nombro Libertad”… I Cry Out Your Name For Liberty, by Peter Tiefenbach.

In June 2008, the choir premiered and recorded “Flying Colours”, a masque about conflict and its resolution, by Stephen Hatfield. 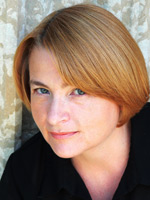 Phoebe Voigts, the founding Artistic Director of the Saskatoon Children’s Choir, is an accomplished choral clinician, instructor and conductor of children’s choirs. Her choirs are recognized for their commitment to thigh artistic standards, humanitarian causes and creative performance practices. Ms. Voigts received her initial training from the University of Regina Luther College and the University of Saskatchewan; pursuing further studies at the University of Alberta, the University of Manitoba and the Royal College of Church Music in Croydon, England. Well respected within Canada and internationally, Ms. Voights is the recipient of the YWCA Woman of Distinction in Arts Award, the Saskatchewan Music Educators Award for Outstanding Achievement, and the Saskatchewan Choral Federation Pro Musica Educators Award in recoginition of her exemplary service and contribution to choral music. Ms. Voigts is a music specialist with the Saskatoon Public School Division and a frequent presenter at music education conferences.