The Youth Chorale is the touring choir of The Hastings and Prince Edward Children’s Chorus, an organization that includes also two training choirs, and is affiliated with the Hastings and Prince Edward District School Board and the Algonquin and Lakeshore Catholic District School Board. The Chorus, conducted by Rudolf Heijdens was founded in 1986 to provide talented and gifted students with an outlet to perform music that is classical in nature. Its choristers represent an area approximately 200 by 90 kilometres, with some of its choristers having to travel to rehearsals up to 112 kilometres each way twice per week.  Depending on the occasion its repertoire includes sacred and secular music from the middle ages to the present representing many nationalities, including the Canadian premiere of Austria’s Anton Heiler’s ‘Passionsmusik’. Its main thrust, however, is to perform music by Canadian composers and its library contains compositions by such notable Canadian composers as Bevan, Butler, Daley, Glick, Hatfield, Patriquin, Raminsh, Sirrett, Telfer, and Watson-Henderson.

Since its founding the touring choir has undertaken seven European concert tours. Besides local music competitions the choir has competed in the International Youth and Music Festival in Vienna in 2000 (2nd place standing) and 2003 (3rd place standing) and performed in the Dom in Salzburg and sang the ‘Missa Brevis’ by Imant Raminsh in Salzburg’s St. Peter. In 2005 the choir toured the Netherlands as part of the sixtieth anniversary festivities of the liberation of that country by Canadian Forces. In 2007 the choir sang, in addition to local performances, the ‘Gloria’ by Vivaldi in Carnegie Hall, New York. The Chorus was honoured when Her Excellency the Right Honourable Michaëlle Jean, C.C., C.M.M., C.O.M., C.D., Governor General of Canada accepted the Chorus’ invitation to become the patron of the Chorus.

The choir is conducted by Rudolf Heijdens, assisted by Jennifer Curtis and Jane Lavery, and accompanied by Patricia Ross. 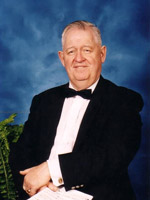 Rudolf Heijdens was born in 1934 in the Netherlands. His father was chief engineer in the Dutch merchant navy and his mother was an organist. When ten years old, Rudolf commenced organ studies with Wim Kooij and in 1951 the family, which also included two sisters, emigrated to Canada.

In Canada Rudolf continued his organ studies with Adelmo Mellici and Dr. Charles Peaker. In addition to being organist, he obtained his Ministry of Education Supervisor and Specialist of Music Certificates and Teaching Certificate and entered the educational field as music supervisor for schools. During this time he also obtained a Bachelor of Arts majoring in music (1971) from what is now Wilfrid Laurier University and a Master of Education from Queen’s University (1985). In 1986 he founded the Hastings County Board of Education Concert Choir, now known as the Hastings and Prince Edward Children’s Chorus.

After having moved to Belleville, he was offered the position of Curriculum Coordinator-of-the-Arts with the then Hastings County Board of Education, a position that he held until his retirement in 1993. For thirty-three years Rudolf served as Director of Music and organist at St. Andrew’s Presbyterian Church in Belleville, Ontario, from which he retired in 2005 in order to devote all his time and energy to the Children’s Chorus.

Among the honours he has received for his work with the choirs he values the two Rotary International Paul Harris awards and the Arts Recognition Award from the Quinte Arts Council.