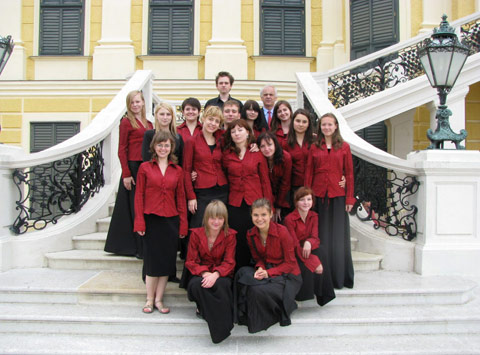 „Camerata“ Scholarum“ is one of the most famous Polish youth string orchestras. The ensemble was founded in March 1988 by Wojciech Zdyb. The orchestra consists of the most talented students of the Secondary Music School in Kielce and as well as of the Academy of Music in Lodz and Katowice.
“Camerata Scholarum” is involved in a vibrant and creative musical life. The young musicians already performed in Germany, Switzerland, France, Italy, Belgium, Austria, England, Hungary and Ukraine presenting repertoire form baroque to contemporary music. The orchestra participated in several renowned Festivals including SG 2003 in Switzerland, XVI International Music Meeting in Padova (Italy), Harrogate International Youth Music Festival (England) and multiple times in the International Festival “Jeunesses Musicales” in Kielce. “Camerata Scholarum” performed and partnerships with many famous national soloists and furthermore regularly appears on Polish radio.
In April 2007, the orchestra was awarded with the First Prize – “Cum Laude” at the “55 Europees Muziekfestival voor Jeugd Neerpelt” (Belgium). In July 2008, the orchestra was awarded with the “Second Prize” at the “37 Internationales Jugendmusikfestival Jugend & Musik in Wien”. 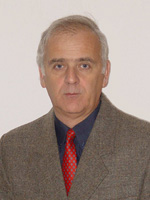 Wojciecj Zdyb was born in Kielce and he started his musical career when he was 8 years old. The dial his degree at the Academy of Music in Gdarisk. For 12 years he was concertmaster of the “Philharmony Orchestra” in Kielce. In 1988 he founded the Youth String Orchestra “Camerata Scholarum”. He is also activly involved in the regional music life and was one of the initiators of the International Festival “Jeunesse Musicales” in Kielce. He performed in many European countries including Hungary, Bulgaria, Germany, Austria, Switzerland, France, Belgium, Luxemburg, Netherlands, England, Ukraine and Italy.
Furthermore he is a teacher at Primary and Secondary Music School in Kielce and lecturer on Swietokrzyski University in Kielce.