In addition the Band does a tour in country NSW each year. The Band performs on average four times every school term (10 weeks) and rehearses regularly on Monday afternoons for 1.5 hours. Consisting of 65 members, the students range from 12 to 18 years of age, and are selected by audition. A highlight of every year is the opportunity to perform at Sydney’s Opera House as part of the Department of Educations’ Concerts. In recent years the Band has performed in concerts with Australian Jazz artist James Morrison, a cappella group ‘The Idea of North’, and Flute Virtuoso Jane Rutter. The School Administration has acknowledged the importance of the Music Program by Commissioning Australian Composers’ Ralph Hultgren (‘Joshua’, 2006) and Paul Jarman (‘Whatever It Takes’, 2008) to compose for the Concert Band. Russell Hammond (Australian Wind Orchestra) and Stephen Williams (NSW Performing Arts) are two conductors who have worked with the Band as the Band has prepared for their latest tour to Vienna. The Chatswood High School Concert Band members are proud to represent Australia as they participate in the Summa Cum Laude International Youth Music Festival. 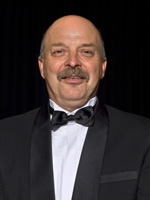 Gavin was appointed to Chatswood High School as a music teacher in 1980 following study at the Sydney Conservatorium of Music, and subsequently started the Extra-Curricular Program.  2009 is Gavin’s 30th year at the school.

Gavin currently directs the two Concert Bands and also oversees the progress and performances of the two Stage Bands, String Ensemble, Jazz Combo, Guitar Group and Choir.  He is also the Band Director of the Roseville Primary School Band Program, one of the Feeder Schools. He has also directed a number of other local feeder Primary School Concert Bands.

Gavin learned the Cornet and then later the Trombone as a young person growing up in The Salvation Army.  He attained the AMusA at 20.  For much of his life he has attended the Sydney Congress Hall Corps of The Salvation Army, and was a member of the Brass Band that toured to New Zealand, USA, Canada and Britain.  For ten years Gavin was the Director of ‘OnFire’, the Big Band at the Church.

Gavin was a finalist in the National Excellence in Teaching Awards in 1997, and in 1999 he was awarded the Medal of the Order of Australia (OAM) in recognition of his services to Music at Chatswood High School.

Gavin is married to Karen, and they have three children – Kara, Mitchell and Anthea.

arr. Wolpe: “Master Blaster”
arr. Morrison: “All of Me”
arr. Niehaus: “Almost Like Being in Love”
arr. Wilson: “Do You Know What It Means to Miss New Orleans”
arr. Taylor: “Yesterdays”
Lopez: “The Puffy Taco”