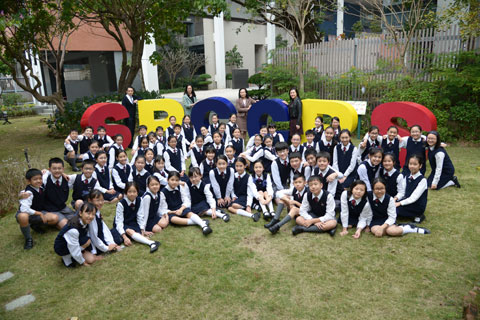 As an active participant in the Hong Kong Schools Music Festival since 1959, the Concert Choir has enjoyed continued success in the competitions and was crowned “The Most Outstanding Primary School Choir of the Year” in 2010 and 2015 recently. Internationally, the Choir won a Gold Medal at the 7th World Choir Games in Cincinnati, USA; and won the championship in Junior Children’s Choirs Competition in Llangollen International Musical Eisteddfod 2015, United Kingdom.

Of equal importance to the participation in competitions are the performance experiences the choristers receive. Over the years, the Concert Choir has performed on such important occasions as the Gala Concert of Hong Kong May 4th Youth Festival in 2011, the Butterfly Concerto’s 50th Anniversary Gala Concert with the Shenzhen Symphony Orchestra in 2009, the Gala Concert of the Hong Kong Schools Music Festival in 2008, the Giant Panda Gift Presentation Ceremony in 2007, as well as the 2004 Hong Kong Arts Festival with the world-renowned vocalist, Mr Bobby McFerrin.

To further enrich the choristers’ experience and horizons, the choir embarked on performing tours to Beijing (2010), four cities in the United States (2012) including concerts at The Yale Summer School of Music and New York City, Singapore (2014) with the renowned American composer, Mark Hayes and most recently, the United Kingdom (2015) including performances at Wells Cathedral and St. John’s Smith Square. The Concert Choir was also the dedicatee of Mark Haye’s anthem, I Will Lift My Eyes, which was commissioned and recorded on the CD album, Faith Hope Love on Naxos in 2010. 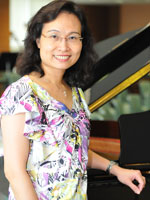 Graduated with a Bachelor of Arts major in Piano Performance at the Hong Kong Baptist University with years of training in piano, organ, vocal and choral conducting, Katherine Cheung also obtained a Master of Education from the Chinese University of Hong Kong.

Katherine joined the St. Paul’s Co-educational College Primary School in 1988. She is currently the Deputy Headmistress and the Concert Choir conductor of the School. Under her baton, the choir has won numerous prizes in the Hong Kong Schools Music Festival over the years, including the top awards such as “The Most Outstanding Primary School Choir”, “The Best Primary School Senior Choir Singing in Chinese”, “The Best Primary School Choir Singing in Foreign Language” and “The Best Primary School Senior Choir in the Hong Kong Region and the Kowloon Region”. Katherine also led the Concert Choir in various performances in Hong Kong as well as performing tours in Beijing, United States, Singapore and United Kingdom in 2010, 2012, 2014 and 2015 respectively. In 2012, the choir gave a well-regarded performance in the 7th World Choir Games in Cincinnati and was awarded with a gold medal. In 2015, the choir won the Championship in the Junior Children’s Choirs Competition in Llangollen International Musical Eisteddfod, United Kingdom.

Upon invitation of the publisher Pearson Longman in 2003, Katherine became a co-author of a series of music textbook for primary school. This series is currently the most popular music teaching material amongst Hong Kong primary schools. Katherine was also invited to be the guest speaker of music workshops for Primary School teachers, activating inspiring young educators in the field. 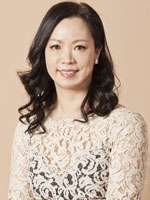 Alice Chung graduated from the Hong Kong Baptist College, Kingston University and the Chinese University of Hong Kong where she obtained her Diploma in Music Education (Honours), Bachelor of Arts in Music and Postgraduate Diploma in Education (Primary) respectively.

Alice joined the SPCCPS teaching team in 1993, and is now conducting the Intermediate Choir of the School. Under her baton, the choir has won numerous prizes in the Hong Kong Schools Music Festival over the years, including the top awards “The Most Outstanding Primary Choir of the Year” and “The Best Primary Intermediate Choir in the Hong Kong and Kowloon Region”. Alice also led the school concert choir in various performances in Hong Kong as well performing tours in Cincinnati, Llangollen in 2012 and 2015 respectively. In 2012, the choir gave a re-guarded performance in the 7th World Choir Games and was awarded with a gold medal. In 2015, she led her concert choir (average age of 11) to compete in Llangollen International Musical Eisteddfod 2015 Children’s Folk Song Choir Competition (for age 16 and under) and obtained an outstanding score of 90.7 marks.

She was also invited in the productions of the School’s commemorative music CDs (for example, Faith Hope Love (2010) by Naxos) in which she was the conductor of the highly reviewed choirs in 2010 and 2015.

In addition to her service at her School, Alice is actively involved in conducting public workshops in music education, children choral singing, diction in Cantonese singing and so on. She is also a co-writer of a whole set of primary school music text-books published by Pearson Longman. She has joined the Hong Kong Schools Music and Speech Association as a committee member since 2002 and has been serving as the honorable treasurer of the Association since 2009. 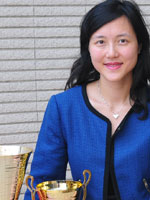 Yvonne Lui graduated from Hong Kong Northcote of Education, Kingston University and Baptist University where she obtained her teaching certificate, Bachelor of Music and Master of Arts in Music respectively. She joined the faculty of St. Paul’s co-educational College Primary School in 1993 as a teacher of music and Putonghua. Over the years, she has conducted the Junior and Intermediate Choirs of the School, and the choirs have won numerous prizes and awards. Most recently under her direction, the Junior Choir was awarded the “Best Primary School Junior Choir” in the Hong Kong Schools Music Festival in 2012 - 2014.