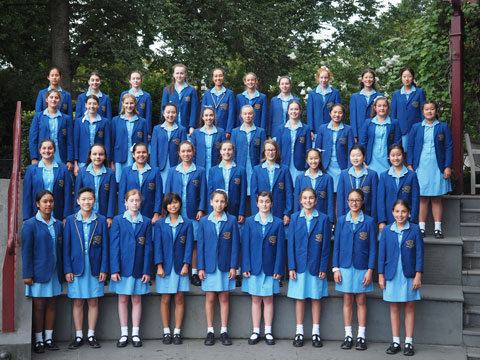 Loreto Mandeville Hall Toorak is a Catholic School for Girls from ELC to VCE. Established in 1924, it is one of many schools throughout the world directed by the Institute of the Blessed Virgin Mary (IBVM) or Loreto Sisters. Englishwoman Mary Ward founded the Loreto order over 400 years ago and today Loreto Sisters work in more than 25 countries around the world.
In the world-wide Loreto tradition, Loreto Mandeville Hall is committed to the education of girls. Our mission is to nurture the growth of capable, compassionate, independent and committed Christian women who are characterised by freedom of spirit, felicity, integrity, a concern for justice and a love of learning.
The Loreto Mandeville Hall Music Department has a staff of over 40 who teach classroom music, instrumental music and direct ensembles. Approximately 500 instrumental lessons take place each week and girls are involved in 28 music ensembles – bands, choirs, orchestras, various instrumental / vocal ensembles and chamber groups – which rehearse weekly.  As part of its extensive performance program, this is the School’s fifth International Music Tour; previous tours have been to Europe (Italy, Germany, Austria), England, Ireland and the USA.

Loreto Mandeville Hall has a long and proud choral tradition which begins in the youngest year levels with a specially designed, Kodaly based Loreto Sings program for Prep – Year 3 students. More than sixty students (from Years 5-12) learn singing in the School and there are four choirs (non-auditioned) and one auditioned vocal ensemble. Choirs regularly perform at concerts, recitals and other school events; their repertoire is diverse, embracing works from both classical and contemporary genres. The 2017 Tour Choir has been specially formed, consisting of choristers who belong to one or more choirs in the Senior School. 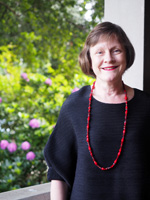 Mary O’Driscoll has been involved in music education since graduating from the Conservatorium of Music, University of Melbourne in 1980. She worked initially as a piano teacher, accompanist and choral director, areas she has continued to specialise in throughout her career.

She taught at Genazzano FCJ College before moving to Sacré Coeur as Director of Music, a position she held for ten years. She is now in her nineteenth year as Director of Music at Loreto Mandeville Hall Toorak. Mary has always been passionate about the importance of the best quality music practice in girls’ education, believing that every child, from ELC through to Year 12, should be exposed to as broad a range of musical experiences as possible and to actively participate in music throughout their school life, enabling them to leave school as engaged and intelligent musicians.
As well as undertaking postgraduate studies in the area of Arts and Entertainment Management, she has also been an assessor for VCE Music courses over many years. She is an active member of the Association of Directors of Music in Independent Schools and has held the positions of Vice-President and President for this association. 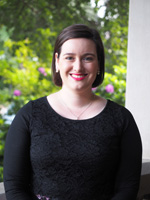 Elizabeth commenced her tertiary music studies through the completion of a Bachelor of Music (Classical Voice) and a Bachelor of Arts, before completing her Bachelor of Music Honours thesis, which combined her knowledge of film music analysis and contemporary American political and social history. Following this she completed her Master of Music Performance-Teaching at the University of Melbourne and Graduate Diploma in Education. Throughout her studies, Elizabeth was awarded scholarships through the Youth Music Foundation of Australia and the Kodaly Music Education Institute of Australia.
Her passion for education and learning has been developed through her career as an instrumental teacher of piano and voice, classroom music and as a choral director. Elizabeth has taught music at The Geelong College, St Columba’s College, Lowther Hall Anglican Grammar School and Loreto Mandeville Hall Toorak, where she has now been a member of staff for 8 years.
Elizabeth has extensive choral experience having performed with leading choirs in Melbourne for over 10 years, including the Melbourne Symphony Orchestra Chorus and Australian Catholic University Choir, as well as performing with the Savoy Opera Company.