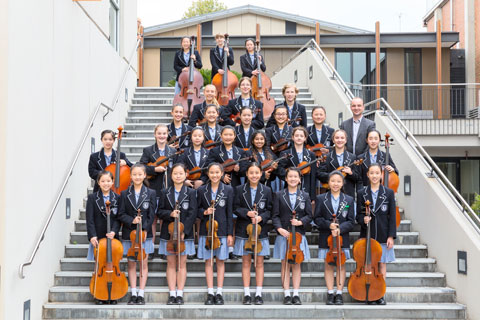 Camberwell Girls Grammar School has an outstanding tradition in music making and all students across both Senior and Junior School campuses, Years F-12, are encouraged to be involved in a range of instrumental and vocal ensembles. Students are introduced to music through a classroom music program, as well as a Year 2 String program, Year 5 & 6 Band program and a Year 7 introduction to orchestral instruments practical program. These activities allow students to develop and extend their musical skills, as well as experience the enjoyment of rehearsing and performing together. CGGS regular music ensembles include orchestras, bands, choirs and string orchestras, as well as numerous chamber ensembles, many of which are usually driven by students and vary from year to year, including piano trios, string quartets, wind quintets and more.

The School calendar features an array of musical concerts every year, including a House Music Festival, lunch time soirees, Cabaret Night, annual Music Camp, assembly performances and the annual Festival of Music, where students perform in an evening that showcases their tremendous dedication and talent. These concerts never fail to delight the appreciative audiences!

Camberwell Girls students are enormously active in service initiatives and supporting the local community, following the School motto Utilis In Ministerium – Useful in Service. CGGS musicians are regular performers at eisteddfods and many students participate in other local musical organisations, such as the Australian Girls’ Choir 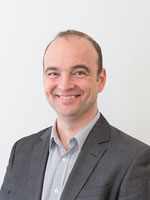 Rohan Mack is a graduate from the Melbourne Conservatorium of Music where he studied under Fintan Murphy, then completed further studies with Professor Hilfried Fister (Austria). As the Head of Strings at Camberwell Girls Grammar School, Rohan is the Director of numerous string ensembles, chamber groups, orchestras and an Irish band across the Junior and Senior campuses and teaches violin and viola from Years 2-12. Rohan is also an arranger, composer and performer. He is a regular violinist with the Royal Melbourne Philharmonic Orchestra and the Australian Discovery Orchestra and has also appeared as a Soloist, Concert Master and Conductor on numerous occasions with the Kooyong Chamber Players.