The New Jersey Youth Symphony features fourteen ensembles, available by audition for students in grades 3 – 12. Its premiere ensemble, Youth Symphony, was awarded first place in the prestigious 2014 Summa Cum Laude International Youth Music Festival and has appeared in such internationally renowned concert halls as Carnegie Hall in New York City, J.F. Kennedy Center in Washington, DV, Musikverein in Vienna, and Smetana Hall in Prague. The New Jersey Youth Symphony was featured on NJTV’s The State of the Arts and all of its ensembles appeared at the New Jersey Performing Arts Center for its 35th Anniversary gala concert. NJYS includes string, winds and brass, and jazz ensembles as well as three full orchestras. Its tiered family of ensembles range from beginner to advanced, with many students remaining a part of the organization for up to 10 years.
New Jersey Youth Symphony is a program of the Wharton Institute for the Performing Arts, whose mission is to provide the highest quality performing arts education to a wide range of students in a supportive and inclusive environment, where striving for personal excellence inspires and connects those we teach to the communities we serve. Wharton is New Jersey’s largest independent non-profit community performing arts education organization, serving over 1,400 students. 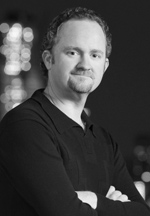 Applauded for performances “high in energy, with close attention to ebb and flow,” American conductor Jeffrey Grogan is hailed as a musical leader who “knows what kind of sound he wants from an orchestra…rich and vibrant.” His humanistic leadership style, coupled with a strong command of skills as a musical communicator, has earned him an impressive reputation with audiences and music programs throughout the country. Known for “shrewd programming, skillful rehearsing, and an energized performance,” he was chosen in 2009 to participate in the Bruno Walter National Conductor Preview sponsored by the League of American Orchestras.
Mr. Grogan joined NJYS in 2011. As conductor of its premiere orchestra, Youth Symphony, he has led the orchestra through a metamorphosis that has seen it grow and mature into one of the most musically engaging youth orchestras in the country. In addition to its seasonal performances, Youth Symphony performed at Musikverein in Vienna, and Carnegie Hall. In July 2014 YS won first place at the Summa Cum Laude International Youth Festival and Competition in Vienna.
Considering his work with young musicians to be a cornerstone of his career, Mr. Grogan also serves as Artistic Director of the New Jersey Symphony (NJSO) Youth Orchestras, and the InterSchool Orchestras of New York. Mr. Grogan is Artistic Director of two El Sistema-inspired music programs: the Wharton Institute for the Performing Arts’ Paterson Music Project and the New Jersey Symphony Orchestra’s CHAMPS. As Education and Community Engagement Conductor of the New Jersey Symphony Orchestra since 2006, Mr. Grogan leads the NJSO in a variety of concerts each season.