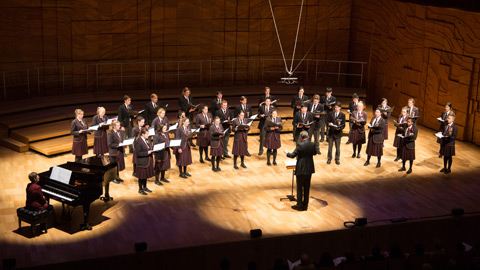 Haileybury Singers is a non-auditioned choir and the most senior choir at Haileybury. The group touring in 2018 is somewhat smaller than the full choir that has close to 40 students ranging in age from 14 to 18 years old. Choral music has been a part of the Haileybury culture throughout the school’s history. Haileybury Singers was formed in 2012 initially as an informal chamber choir. It has evolved over the last six years into a choir that sings a wide range of repertoire from many different genres of music. This is Haileybury Singers’ first international tour and we are honoured to be representing our school with music from Australia and New Zealand. Haileybury Singers plays a significant role in the musical life of the school, performing at major concerts, eisteddfods and other celebrations through the year. 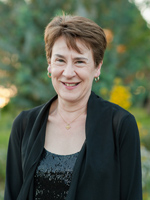 Coral Rafferty has been leading the Music Department of the Edrington campus of Haileybury College since 1996, enjoying the frenetic pace of teaching, conducting, accompanying and administrating. Academically, Coral has completed Bachelor and Master Degrees in Music and a Graduate Diploma in Education from the University of Melbourne, and a Bachelor of Educational Studies from Monash University. Since her school days, Coral has developed a passion for working with choirs, both as conductor and accompanist. She considers herself fortunate to have toured Japan, Hong Kong and Taiwan with the National Boys Choir of Australia and Switzerland, Austria, Germany, Italy, Great Britain and the USA with the Choral Institute Melbourne (Chime Choir). She is delighted to fulfil her dream to return to Europe to visit and perform in beautiful cities, all steeped in the traditions of Western Music over centuries, and to share this experience with our excited group of Haileybury Singers.