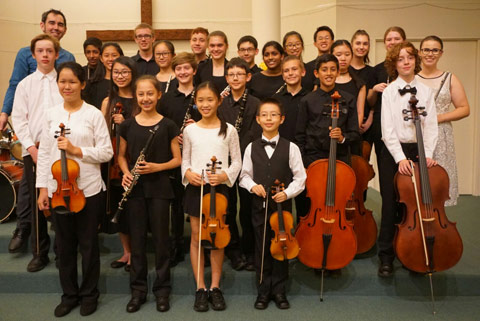 The NSYO Symphony Orchestra was formed in 1983. The association is now in its 35th year and currently has over one hundred and fifty talented young musicians, aged from 6 to 25 years. Together with the Symphony Orchestra, the association has a String Orchestra, a String Sinfonia and a Wind Ensemble. The NSYO Camerata is a special touring group drawn from the various ensembles. The NSYO, whose players undergo an annual audition, is now the leading youth orchestra in northern Sydney. It offers a wide-ranging and diverse program from contemporary music to classical symphonic orchestral repertoire. The varied and exciting programs offered allow the players to develop and extend their musical skills and ensemble playing, as well as providing a valuable social experience. The NSYO has toured many times. In 2007, the Symphony Orchestra travelled to Vienna to participate in the International Youth & Music Festival; in 2009, the NSYO participated in a concert tour of country Australia, and in 2011 the entire association made a tour to Dubbo and other towns in the north western area of NSW. The NSYO has a formal concert program of four concerts each year, and is regularly invited to perform across Sydney, including a performance at Government House. Most recently, the Symphony Orchestra performed the music for the premiere of the Last Jedi movie to an enthusiastic audience of over 600 Star Wars fans. The NSYO’s annual musical calendar also offers a variety of other programs such as string festivals, dinners, workshops and weekend camps. The NSYO has made numerous professional recordings and DVDs. 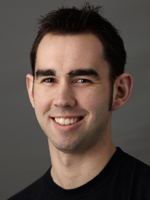 David’s professional conducting experience includes work in a diverse array of orchestral music, music theatre, choral music, film music, early music and contemporary music. David is also a composer and loves presenting education concerts for kids of all ages. David studied conducting with a colourful range of international maestros: from Imre Palló, Henryk Pisarek, Harry Spence Lyth and James Lockhardt. During his university days at the Sydney Conservatorium of Music, he conducted some of the institutions finest ensembles in performances, recordings, rehearsals and workshops. He soon took to the theatre with performances of Hammerstein’s Flower Drum Song (AHA! A Chinatown Production, 2003), Guys and Dolls (Mosman Musical Society, 2003), and premiere performances of the chamber opera Betrayal (MAK Productions/Sydney Conservatorium, 2004). In 2004 he began a continuing stint as conductor of Fisher’s Ghost Youth Orchestra in South-West Sydney. During 2006 David was assistant chorus master of the Willoughby Symphony Choir and assistant conductor of the Sydney Conservatorium Early Music Ensemble under Neal Peres da Costa. In that same year he took up the position of Conductor of the Northern Sydney Youth Orchestra Symphony Orchestra. Since 2010 he has also been an Ensemble Director at Roseville College (on Sydney’s North Shore), directing the school Chamber Orchestra and the Junior School Concert Band. Over the years, David has also served as guest conductor for organisations such as Chronology Arts, The Fellowship of Australian Composers, Sydney Conservatorium Modern Music Ensemble, Ku-ring-gai Philharmonic, Sydney Saxophone Collective as well as numerous school ensembles. He continues to be frequently engaged as a guest conductor.