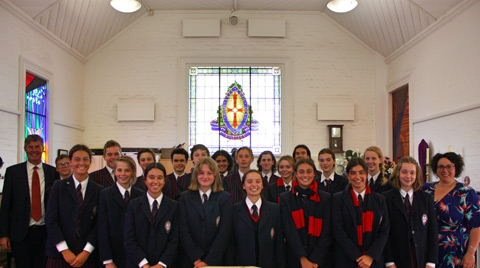 The Choir of St Michael’s Grammar School is an auditioned choir of thirty-five singers drawn from the four choirs in the Senior School. The choral program at the Senior School has been developed over the last thirty years of the School’s 120-year history, first under Ian Harrison and since 1996 by its present Director of Choral Music, Dr Gary Ekkel. In addition to their regular concert commitments, the choirs sings in a weekly Eucharist service at the School and perform an annual major vocal work with orchestra, such as the Requiems by Mozart, Fauré, Duruflé and Chilcott, Haydn’s 'Nelson Mass' and Handel’s Messiah. More recently, the choir has also presented semi-staged works such as Purcell’s Dido and Aeneas, Orff’s 'Carmina Burana', Karl Jenkins’ Mass for Peace and works incorporating multi-media, such as David Fanshawe’s 'African Sanctus'. In 2011 the Choir ventured into the world of Baroque opera. It was the first choir in Australia to perform John Blow’s 'Venus and Adonis' with original gestures, costumes and instruments, directed by the internationally acclaimed Director, Helga Hill. The Choir of St Michael’s Grammar School will undertake its eighth European Choir Tour in June-July, 2018, visiting Spain and the Czech Republic for the first time, as well as returning to France, Bavaria and Austria. The Choir has three times reached the finals of the Llangollen Eisteddfod in Wales. Some of the highlights of the past seven European Choir tours have included performances in Notre Dame Cathedral, Paris (2005, 2008, 2010, 2012, 2016), Chartres Cathedral (2003), Santa Maria Maggiore, Rome (2012), Cologne Cathedral (2005), St Asaph’s Cathedral, Wales (2003), the Thomaskirche, Leipzig (2010), St Salvator Cathedral, Bruges (2012), the Graz Dom, Austria (2016), Skálholtkirkja, Iceland (2010) and the Akureyikirkja, Iceland (2010, 2016). The School’s choirs have made seven CD and DVD recordings: the first in 1999, featuring Monteverdi’s Beatus vir and Vivaldi’s Gloria; several featuring première recordings of Australian compositions, and four DVDs recorded in Europe in 2008, 2010, 2012 and 2014. 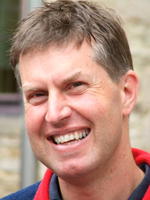 Gary Ekkel has been the conductor of the Choir of St Michael’s Grammar School since being appointed Director of Choral Music at St. Michael’s Grammar School in 1996. He commenced his studies in music on the modern flute and recorder, turning to Baroque flute as his main focus in 1983. During 1986-87 he received a Netherlands Government Scholarship to study Gregorian chant, sacred music and baroque flute under Barthold Kuijken at the Royal Conservatorium in The Hague. He has since graduated with a Masters degree in Performance (Baroque flute) at the University of Melbourne and a Doctorate in the analysis of Renaissance choral music at the same university. He founded the Schola Cantorum of Melbourne in 1994, and in 2002 took up a new position as the Director of the Choir of Newman College at the University of Melbourne. Gary Ekkel is a keen aficionado of Baroque music, regularly conducting major works such as Heinrich Biber’s Missa Salisburgensis (2018), Bach’s St Matthew Passion (2015) and a reconstructed St Mark Passion and Handel’s Dixit Dominus (2017) with period-instrument orchestras. He is the founding director of the Melbourne Advent Festival.