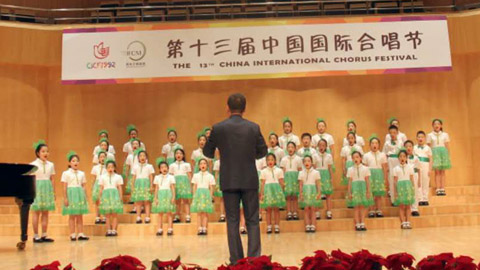 With their enthusiasm and passion, the Xi'an Kingfar Middle School Angel voices choir truly does its name justice. The choir started in 2008 and encompasses choirs from grade three to grade six. The songs are chosen to mirror the busy campus life and the charm of the art education at this school. Since setting out in 2008, the Angel voices choir has been highly successful. They have for instance participated in the 12th and 13th China Internation Chorus Festival, in which they achieved fantastic results. Furthermore, this choir has also performed in the Great Hall of People in Beijing in 2014 and 1016, as well as achieving numerous victories at the Shaanxi city of Xi'an Province spring cup Choral Competition. 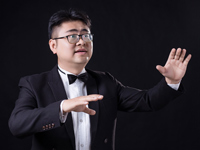 Mr. Shen Haitao is a music teacher at Xi'an Kingfar Middle School. He is also a permanent conductor of the Angel voice choir, a member of the musician association of the Shaanxi province and a member of the Shaanxi Chorus Association. He graduated from the Conservatory of music of Shaanxi Normal University. Mr. Shen Haitao has been awarded numerous prizes at provincial level and has led many choirs at chorus competitions at all levels.