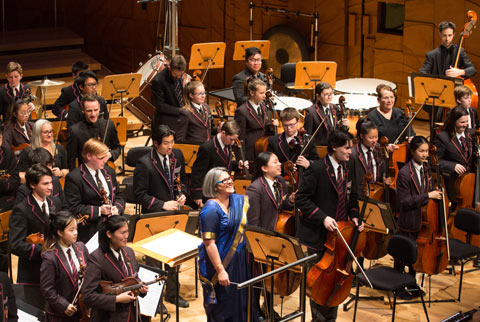 With over 125 years of history, Haileybury is one of the leading independent schools in the Asia-Pacific region. Haileybury has four campuses in Melbourne (Victoria, Australia), a campus in Darwin (Northern Territory, Australia) and Beijing (China). The school’s mission is to develop high-achieving students, connected globally, to each other, and to the communities in which they live and which they will serve. The Haileybury String Orchestra is the most senior string ensemble at Haileybury and comprises of students aged between 14 and 17 years old. The students come from the four campuses of Haileybury in Melbourne to rehearse each week and regularly perform at all of Haileybury’s major school concerts throughout the year. The String Orchestra’s repertoire is wide and varied performing works from the Baroque period through to contemporary Australian composers. Most recently they performed works by Australian composers Matthew Hindson and Ross Edwards in the Melbourne Recital Centre. 2018 is the first time the Haileybury String Orchestra has travelled overseas and been a part of an international music festival. 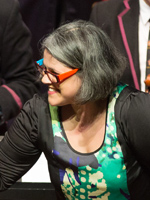 Shanthi Charrett has been the Head of Strings at Haileybury and conductor of the Haileybury String Orchestra since 2007. Shanthi has a double degree in Arts and Music from the University of Melbourne majoring in Art History and Performance respectively. She has spent the last 20 years working as a performing musician and string teacher in and around Melbourne. Shanthi is also an alumni of Australian National Academy of Music. With a passion for chamber music, orchestral playing and teaching; Shanthi oversees the large string program at Haileybury. She conducts string orchestras of all levels, coaches chamber groups and also conducts the Haileybury Symphony Orchestra. Shanthi has travelled extensively for both her music and art history and is delighted to be travelling to Europe with the Haileybury students in 2018.