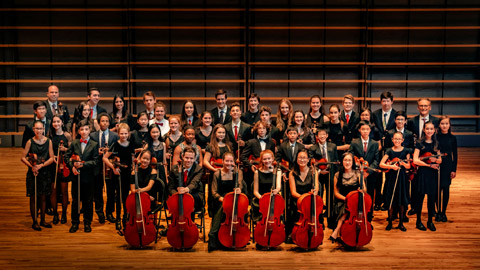 The Montreal Suzuki String Orchestra (MSSO), led by violinist Dragan Djerkic, has welcomed nearly 1000 students since in 1990, including some who have gone on to pursue careers as soloists performing with major orchestras worldwide. It is distinguished as a uniquely, non-audition-based, dynamic ensemble specifically created to give opportunities to all young musicians. One of two youth orchestras within the violin school Institut Suzuki (Montréal), the ensemble performs concerts bi-annually in Montreal’s historic Oscar Peterson Concert Hall. In linguistically diverse Montreal, with its rich tapestry of jazz, classical and ethnic festivals, music remains its universal language. In addition to the timeless music of Bach, Beethoven and Mozart, the MSSO also entertains audiences with gypsy folk music, Argentinian tangos, and even modern compositions from Philip Glass and Montreal native, Leonard Cohen. In a rapidly evolving world, MSSO’s young musicians are discovering their niche as global ambassadors and realizing their full potential. They appreciate that travel can expand their worldview and how music can help strangers become friends. Global cultural exchanges, such as the Summa Cum Laude festival, enable all young people to cooperate and achieve new heights, both as individuals and as a community. 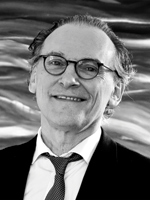 Conductor Dragan Djerkic is passionate about youth orchestras. As a young immigrant from Serbia, Dragan studied with violinist Mauricio Fuks at McGill University in Montreal. After graduation, he taught at the McGill Conservatory of Music until opening his own violin school, Institut Suzuki, with Vera Mirkovic in 1984 and founding the Montreal Suzuki String Orchestra in 1990. Dragan was inspired by Japanese violinist, educator and humanitarian Dr. Shinichi Suzuki, and his teachings on how children learn to experience beauty and music. Dragan blended his own virtuosity developed at McGill with his passion and gift of teaching. Since 1988, thousands of young people have been drawn to Institut Suzuki, building a beautiful world, one bow at a time. In 2016, Dragan combined his love of music and travel to lead his first international tour. Under the auspices of the League of Astonishing Strings, his Performance Ensemble of Canada blended Quebec’s MSSO with performers from Ontario’s leading music and dance academies. During a ten-day tour in China, they performed in national concert halls in Beijing, Shanghai, Hangzhou, Suzhou and Xuzhou.