The Chamber Orchestra Promúsica of Málaga 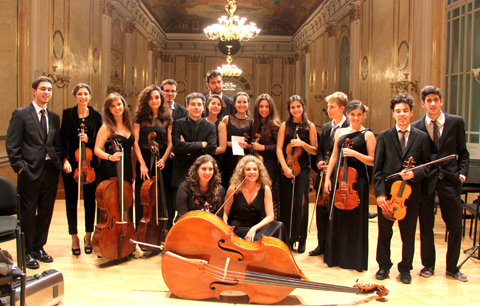 The Chamber Orchestra Promúsica of Málaga was created in 2009. It is the orchestra with the best students of Orchestral Project Promúsica of Málaga, which is an orchestral training program for young string players created by violinist and pedagogue Javier Claudio. This program, which consists of three string orchestras of different levels and ages, is supported by the Association Promúsica of Málaga and sponsored by the Music Foundation of Málaga and the strings house of Vienna “Thomastik”. Aims to provide support, training and musical stimulus currently more than ninety children and young people from age 6-26 are part of it. The most striking feature of the project is that older students help as volunteers in the formation of smaller, creating a very special interweaving.
Promúsica Chamber Orchestra has become one of the cultural identity signs of their city, which it is since its foundation an intense activity that exceeded in just about five years one hundred and fifty concerts. The Orchestral Proyect Promúsica makes chamber music, didactic concerts, ballets, with choir and soloists of international and national talents and even collaborations with international musical personalities as the baritone Carlos Alvarez prestigious feature programs. The orchestra also performs charity work, collaborating with good cause and institutions like the Ronald McDonald Foundation, Foundation Cesar Scariolo Foundation Huelín Father, Manos Unidas, Caritas, among others.
They have been successful with audiences and critics in concert halls and auditoriums of their city, they have also been present in cultural events as well as in other municipalities and provinces as Linares, Cuenca, Bailen, Navas de San Juan, Andújar, Fuentevaqueros, Granada, Almuñecar, Motril, Benalmádena, Marbella, Nerja, Competa, Torremolinos, Fuengirola, etc and recently in international scope, participating in prestigious festivals in major city like Perugia, Siena, Montecatini and Florence, in Italy, in Aix en Provence, Bourg saint Andéol, or Avignon, in French Brittany, on the occasion of being named the latter, European Capital of Culture 2013. In 2011, the Chamber Orchestra Promúsica won special mention at the Young Performers Competition Creates Malaga. This orchestra is also resident orchestra of the international competition Violins for Peace since 2013 and of the Canovas Theatre in Malaga since 2014 and also collaborates with national Intercentros competition.
They have recorded two CDs including Spanish music and are also on global portals Itunes and Spotify. There have also been several world premieres. The Project orchestras are integrated into the international cultural organization UNESCO.
Every year in June, the association organizes the Campus Promúsica of Torremolinos. In the upcoming months, the orchestras of the project have provided various international performances in cities like Riga, Paris, Lisbon and Vienna. 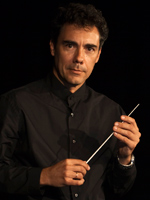