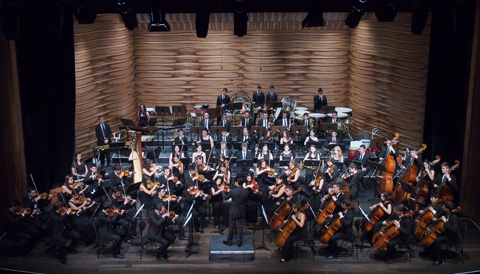 The Alicante´s Province Youth Orchestra, established in 2009, is the result of the passion for classical music among a large group of young people led by their conductor, Francisco Maestre. The OJPA´s aim is for young musicians to improve and complete their musical training within the orchestra, whilst having the opportunity to learn from renowned soloists and teachers who accompany them during their performances. Among these considerable soloists are José Sempere, Edicson Ruiz, Pepa García, Fabiane De Castro, Pepa García-Maciá, Mª José Sampere, David Cervera, Myriam Anouk, Mario González, Pepe Cabrera, Marcos Sanjuan, Ignacio Rodes, Natalia Millán...

The Orchestra, since its inception, and with the support of the Provincial Council of Alicante, has performed in the largest auditoriums within the province of Alicante and Spain.

In April 2014 OJPA presented the European Premiere of the opera "Oh My Son", composed by Marcos Galvany. 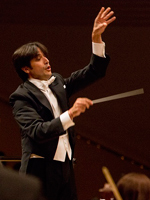 Francisco Maestre completed his conducting training in Spain under Maestro José De Eusebio and in St. Petersburg where for three consecutive years, was selected to participate in Annual Conductor´s Program in with Master Alexander Polyanichko.

Till the day he has conducted the Symphony Orchestras of the Region of Murcia, Young Philharmonic Orchestra of the Mariinsky Theatre, Orchestra Giovanile di Roma, Frolov Chamber Orchestra, the International Festival Eurochestries Orchestra, Provincial Youth Orchestra of Malaga, among others. He has made several recordings which include Mozart's Requiem for RNE. In July 2014 he realized his debut at the Musikverein, Vienna.

His commitment to Contemporary Music and Composers has led him to conduct the Spanish Premiere of the Concerto for Double Bass and Orchestra by R. Martinsson with the Berlin Philharmonic soloist Edicson Ruiz, Europe Premier of the Opera Oh My Son by Marcos Galvany, Europe Premier of "Libertadores" by Oscar Navarro at MuTh Hall in Viena and World Premiere of the Concerto for Guitar and Orchestra by Simone Iannarelli at the International Guitar Festival "José Tomás".

Among its commitments for 2015 are to conduct the Symphony Orchestras of the Region of Murcia, Youth Philharmonic Orchestra of the Mariinsky Theatre in St. Petersburg, will take the podium of the Golden Hall of Musikverein again, joined by the soloists Jose Sempere, Edicson Ruiz, Ramón Ortega and Miguel Torres. 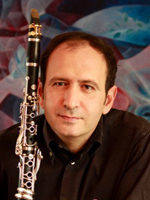 Born in Valencia within a family of musical tradition, moved to Madrid where he developed his academic studies at the Royal Conservatory of Music of Madrid, to get graduated later at the Conservatory of Murcia with honours.

Completed his Clarinet and Chamber music academic studies in Spain and Italy with Walter Boeykens, Antony Pay, Bruno Canino and Tsiala Svernatze. Miguel Torres has taken part in various orchestras, among who stand out The Asturias Symphony Orchestra and Symphony of Murcia; and has been principal Clarinet of the Moscow Virtuosi Orchestra under the direction of Vladimir Spivakov.

Founded the "Ensemble Hautbois" through which he developed an intense research and promotion of chamber music, and participating in numerous world premieres.

He has recorded for the historical archive of National Radio of Spain. In 2002 he published the book "instructional and curricular aspects in teaching the clarinet" (‘Aspectos Didacticos y curriculares en la enseñanza del clarinete’).

Regularly invited to give master classes on clarinet, chamber music, teaching, analysis of the repertoire and techniques applied to the orchestra.

In 1989 obtained the position of associate professor of clarinet by the Ministry of Education and hold the position for a decade in the Principado of Asturias.

Miguel Torres is an artist D'Addario and Yamaha.