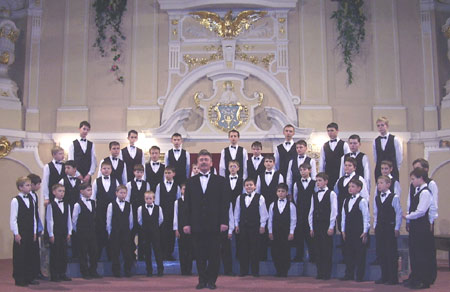 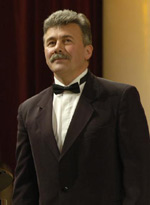 Volodymyr Volontyr is the permanent artistic and organizational head of the choir and director of the choral school. He is an honoured cultural figure of the Ukraine and member of the National Alliance of Composers of the Ukraine. Oksana Volontyr has been the choirmaster of the choir since its foundation. Boys and young men from the age of 10 to 20 years perform in the choral concert ensemble.