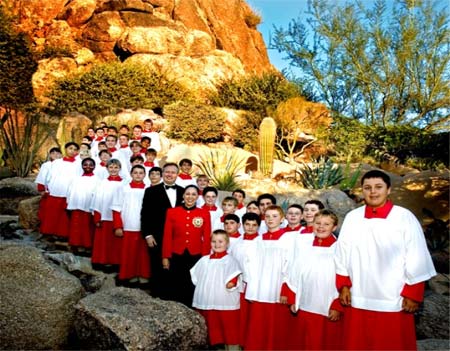 Since 1948, the Phoenix Boys Choir has provided top quality music education for boys ages 7-14 and lively entertainment for audiences around the world previously under the direction of Dr. Harvey K. Smith, who led the choir for forty years. The choir has been under the baton of Georg Stangelberger since 1999. Each season, 40 to 50 singers from the 170 member Phoenix Boys Choir are selected for membership in the organization's elite Tour Choir. Ranging from 10 to 14 years of age, these singers are lauded internationally as a result of their intensive Arizona-based training program.

Concert tours throughout the United States, England, Spain, France, Germany, Austria, Australia, New Zealand, Canada, Mexico, China, and Japan have brought the choir both audience and critical acclaim as one of the globe's outstanding boy choirs. The Phoenix Boys Choir has performed for four United States Presidents and with name entertainers such as Doc Severinsen, Stevie Wonder, Dinah Shore and Keith Lockhart conducting the Boston Pops Orchestra. In 2001, they were named "Cultural Ambassadors" to the European Union and in December of 2002 were named an Honorary Phoenix Point of Pride by the Honorable Skip Rimza, Mayor of Phoenix.

In February 2000, the Choir won a Grammy for Best Choral Performance for its recording of Penderecki's Credo with the Oregon Bach Festival Orchestra and Chorus conducted by Helmuth Rilling. Credo is one of eight compact discs featuring the Choir, the most recent being Let Freedom Sing, featuring American folksongs and traditional patriotic music, including the Star Spangled Banner.

In February 2003, the Tour Choir performed for the American Choral Directors Association Convention in New York City as the only American Boychoir selected for this event. The choir performed at Carnegie Hall, the Lincoln Center and Riverside Church. 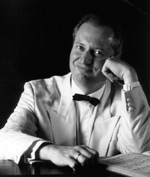 In 1999, Mr. Georg Stangelberger joined the Phoenix Boys Choir as Artistic Director with unparalleled international experience of more than 13 years with the Vienna Choir Boys, in the latter years as Deputy Artistic Director and Principal Choir Conductor.

Now in his sixth season with the boys he can look back at many memorable performances in Phoenix, across the country as well as in Europe. He led the Choir to its Carnegie Hall debut, to France and Spain where the choir was named "Cultural Ambassador" to the European Union and to Germany, Switzerland and his home country of Austria where they sang a side-by-side concert with the Vienna Choir Boys in the famous Court Chapel. In the fall of 2004, Mr. Stangelberger made his debut with the Phoenix Symphony Orchestra conducting them together with the Phoenix Boys Choir in the Requiem by W. A. Mozart.

While with the Vienna Choir Boys Mr. Stangelberger has conducted over 700 performances in nearly every major concert hall of Europe, Asia, as well as North- and South America. He composed pieces for the famous choir and recorded numerous CDs. During his tenure, he also collaborated with other world-renowned singers and conductors including Placido Domingo, Jose Carreras, Luciano Pavarotti, Peter Schreier, Eva Marton, Lorin Maazel, Riccardo Muti, Seiji Ozawa, and Horst Stein.

A native of Austria he studied music in Vienna, Ottawa and Zagreb. He holds a Masters Degree in Choral Conducting as well as Bachelor Degrees in Orchestra Conducting and Vocal Accompaniment from the Music University of Vienna. He is Repertoire and Standards Chair for Boychoirs of the Western Division of the American Choral Directors Association and has done workshops and clinics with choirs around the country.