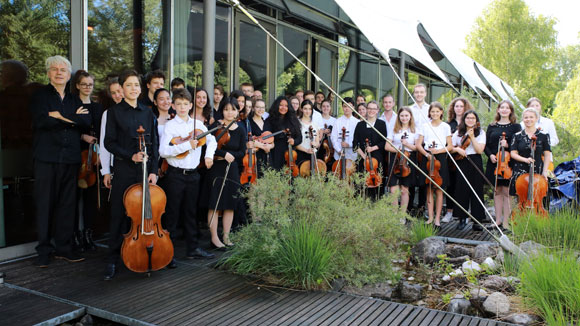 The Puchheimer Jugendkammerorchester (PJKO) was founded in 1993 in Puchheim, a small town west of Munich (Germany). It is a youth orchestra of 30 string players (average age 16), all prizewinners in the German “Jugend Musiziert” competition. The PJKO has taken tours to many European countries as well as to Japan, where it participated in 1998 in the International Kumamoto Youth Music Festival. The PJKO has also participated successfully in numerous national and international competitions. At the European Youth Music Festival in Neerpelt (Belgium) it won first prize “summa cum laude” in 2002 and 2007; it also took first place at the German Orchestra Competition (DOW) in 2004 and 2016; and in 2007 and 2010 it won first place “with outstanding success” at the Summa Cum Laude International Youth Music Festival in Vienna (Austria). In 2002 the PJKO was awarded the Tassilo Prize of the leading Munich daily Süddeutsche Zeitung, a prize given every two years to persons or organizations that enrich the cultural scene around Munich to an exceptional degree; in 2015 the PJKO was also awarded the Bavarian State Music Prize. Outreach and cooperation are important to the PJKO. Since its founding, there have been exchanges and cooperations with youth orchestras and choirs from Austria, Hungary, Poland, the Netherlands, Latvia, and Italy. The orchestra also reaches out to its local community and plays in hospitals, at homes for the elderly, and prisons. The conductor of the PJKO is Peter Michielsen. 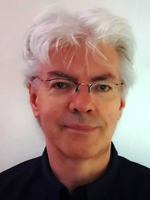 Peter Michielsen, who conducts the PJKO, also teaches nearly all the violinists and violists in the orchestra individually. He specializes in teaching young people between the ages of 12 and 18. He studied violin in Amsterdam with Davina van Wely and later musicology in Munich. He has played freelance in many different orchestras, including the Royal Concertgebouw Orchestra, the Chamber Orchestra of Europe, the Amsterdam Bach Soloists, and a number of baroque orchestras playing on historical instruments, including the Amsterdam Baroque Orchestra. He and his wife Simone Burger-Michielsen run a string academy for exceptionally advanced young students, and also teach a class of Jungstudenten (youth students) at the Munich conservatory (Hochschule für Musik und Theater München).