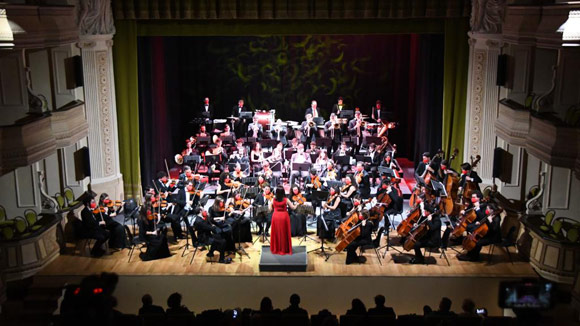 AYSO (Apulian Youth Symphony Orchestra) is a youth orchestra permanently directed by M° Teresa Satalino. The musicians of AYSO come from numerous Italian conservatories and attend OrchestrAcademy, an academy of orchestral training that offers qualified and qualifying musical activities and training courses to support the careers of young musicians. OrchestrAcademy is a valuable link between the higher education system for art and music and the world of work in professional orchestras. The young musicians have a unique opportunity to work constantly with first parts of major national and international orchestras. AYSO guests have included Luca Ranieri, Vincenzo Venneri, Andrea Corsi and Francesco Pomarico from the Orchestra Nazionale della RAI, Stefano Ferrario from the Orchestra Haydn di Bolzano, Sandro Laffranchini, Emanuele Pedrani and Giuseppe Russo Rossi from the Orchestra del Teatro alla Scala, Carlo Parazzoli from the Orchestra Nazionale di Santa Cecilia, Omar Tomasoni and Calogero Palermo from the Concertgebouw Amsterdam, Gernot Süßmuth from the Weimar Staatskapelle, Felix Schwarz from the Staatskapelle Berlin, Alex Elia from the Rotterdam Symphony Orchestra, Emanuele Silvestri from the Israel Symphony Orchestra, Hakan Sensoy, principal conductor of the Izmir State Symphony Orchestra, Istanbul Chamber Orchestra and Milli Reasurance Chamber Orchestra, Nir Kabaretti from the Santa Barbara Symphony. AYSO played for the International Festival organised by the Walton Foundation in Ischia and was a guest of the Napoli Teatro Festival playing at the Palazzo Reale. The orchestra has collaborated on several occasions with the Fondazione Nuovo Teatro Verdi in Brindisi for several concerts as part of the Puglia Sounds programme. AYSO has also collaborated with the Direzione Generale Musei della Puglia with concerts at the Castello Svevo in Bari, initiating an unusual and evocative dialogue between young musicians and cultural heritage. The orchestra inaugurated the Italian Brass Week at the Teatro del Maggio Musicale Fiorentino, performing with the brass soloists of the Maggio in a world premiere under the patronage of the Italian Space Agency, and also collaborated with the CMC Orchestra of New York. 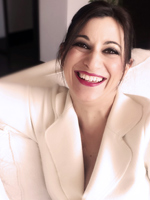 A strong and incisive personality the visionary artistic director of AYSO, Teresa Satalino. She graduated in piano and continued her academic education in Composition, in Orchestra Conducting and in Jazz Music. Simultaneously she graduated in Literature. She then obtained a Master's degree studying with Jorma Panula, Bruno Bartoletti, Lu-Jia and Piero Bellugi. She also attended the Music for Film course with Ennio Morricone at the Chigiana Academy. Creativity and inventiveness hinged in a solid background make her a strange specimen of a musician-manager with a far-sighted vision and the ability to imagine and realize ambitious projects. In 2018 she founded OrchestrAcademy, an orchestral training academy which has become a national reference in just a few years. From the summa of OrchestrAcademy's activities was born AYSO, Apulian Youth Symphony Orchestra. In her role as Artistic Director faces complex challenges as a function of a dream: to make accessible to deserving young musicians a high-level training path to realize their human and expressive potential with coaches who come from the most prestigious Orchestras. Always interested in transdisciplinary dialogue, she conducted concerts with interaction between various media collaborating with artists, actors and dancers. She directed the Apulia project which debuted in Prague and which has also been replicated in several Italian theaters. She conducted soloists and symphony orchestra at the Teatro del Maggio Musicale Fiorentino for the world premiere of Francesco Traversi's The Gret Leap under the patronage of the Italian Space Agency. She has been conducting in International Festivals such as the Italian Brass Week, the Walton Foundation International Festival, the International Festival of Youth Orchestras in Florence, the Napoli Teatro Festival. She has collaborated with the CMC Orchestra of New York. At the same time she is currently a Professor at the Nino Rota Conservatory of Monopoli (BA).