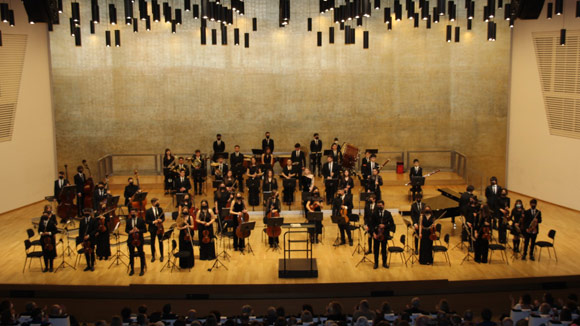 The Ensemble de la Mediterrània was founded during the pandemic that hit our planet due to the need to adapt concerts during this time to different formats on stages with a limited capacity. The Ensemble is part of the OJPA Association, whose group was founded in 2009 with the main goal of training musicians at the time that conveys values, ideas and commitment into the trainees in a didactic way. This encourages them not only to be better in their discipline but also in their daily life. For this reason, the Ensemble de la Mediterrània is more than just a musical group. It is a transition stage in some people’s life, a meeting point where young trainees from all over the province of Alicante share experiences and a common dream; their passion for music. Since its creation, the OJPA Association has toured concerts in Austria, the Netherlands, Germany and France, as well as it has participated in the most prestigious Music Festivals in Europe, including the Scheleswig-Holstein Music Festival in Germany, the SCL-Festiva Summa Cum Laude in Vienna or the FIJO-International Festival of Young Orchestras of Alicante. The OJPA Association has been the first and only Spanish Orchestra to receive the First Prize with Excellence in the editions of the Vienna SCL International Competition in 2015, 2017 and 2018. This award recognizes the privilege to perform in venues as prestigious as the Konzerthaus or the Golden Hall of the Musikverein both of which host the Vienna Philharmonic Orchestra. These milestones are intended to be replicated by the Ensemble de la Mediterrània during this new journey led by the Principal Conductor and Artistic Director Francisco Maestre. 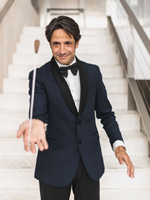